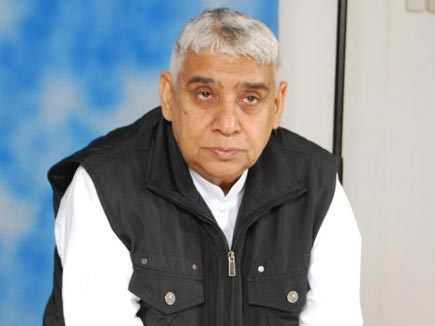 A district court today held controversial sect head Rampal, 67, guilty of murdering six of his followers during a violent standoff with the Haryana Police at Satlok Ashram in Barwala town in 2014.

Six of those convicted, one a woman, are common accused in both cases registered on November 19, 2014, at the Barwala police station.

The quantum of punishment in both cases will be pronounced on October 16 and 17. Rampal was produced before the judge in a makeshift court set up in Central Jail No. 1.

The public prosecutors, including district attorney Mahinder Pal, Narinder Kumar and Rajiv Sardana, said the accused had been held guilty on the basis of circumstantial evidence.

“All accused have been convicted of murder and criminal conspiracy having a minimum punishment of life term,” Pal said, adding that a total of 45 witnesses deposed in FIR No. 429 and 43 in FIR No. 430.

Defence lawyer JK Gakhar said they would file an appeal in the Punjab and Haryana High Court.

He argued that almost all deceased were suffering from an ailment, including heart disease. “Their medical examination had revealed that they had died of suffocation and thus it did not amount to homicide. The police during the clashes with the followers had fired 59 teargas shells and 28 chilly power shells, besides using water cannon and resorting to cane-charge,” he claimed.

On August 29, 2017, a court had acquitted Rampal and six others in two cases of rioting, unlawful assembly, disobedience to order duly promulgated by public servant, and wrongful confinement registered at the Barwala police station on November 17 and 18, 2014.

Rampal, 67, a native of Dhanana village in Sonepat, was a former junior engineer with Haryana’s Irrigation Department before he set up Satlok Ashram in 1995. He started giving ‘naam daan’ (initiation) in 1994 and later became self-styled head of the Kabir Panthi sect. He quit job on May 21, 1995.

Two cases were registered following the death of six followers — five women and an infant — during clashes that erupted after the police proceeded to arrest Rampal, holed up along with 15,000 followers inside his 12-acre ashram in Karontha village in November, 2014.

What led to it

In July 2014, Rampal’s supporters had indulged in vandalism in a Hisar court where they had gone in connection with a 2006 murder conspiracy case. Taking suo motu cognisance of the incident, the HC summoned Rampal. It ordered Rampal’s arrest after he failed to appear in court, leading to the ashram standoff.