ROHTAK:Nearly a month after a dhobi-Muslim youth was arrested for killing a she-calf at Titoli village, the panchayat has barred the youth from entering the village “for life”. 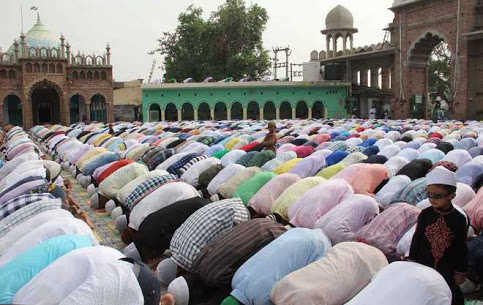 Nearly a month after a dhobi-Muslim youth was arrested for killing a she-calf at Titoli village, the panchayat  has barred the youth from entering the village “for life”.

The panchayat, held in the Hindu-dominated village last evening, also barred Muslim residents (around 800) from offering prayers at any public place in the village and keeping beard, besides choosing only Hindu names for their children.

It also resolved to take over the land being used as a graveyard and give the Muslim villagers another piece of land to bury their dead.

“Muslims have been living in the village before Independence. We have all been living harmoniously. Muslims in the village have Hindu names,” said Suresh, a village nambardar. He claimed that certain Muslim families had been “misled” by a maulavi who had come to the village a few years ago and tried to create a divide.

“We have resolved that no person — Hindu or Muslim — would be allowed to create a communal divide,” Suresh asserted.

Rajbir, a leader of the Rajak (dhobi-Muslim) community in Titoli village, said the decisions at the panchayat were acceptable to them as they wanted to live peacefully. He said he had also donated Rs 11,000 for a cow-shed on behalf of his community.

Another Titoli resident, Mahender Singh (Khan), who lives at Rohtak presently, however, said the Muslims had no option but to accept the panchayat’s decisions.

Deputy Commissioner Dr Yash Garg maintained that there was no report of any communal tension or resentment among the members of any community residing in the village. “Still, if any such unconstitutional diktat has been passed by the panchayat, we will look into the matter and take appropriate action,” he stated.