Scientists have discovered two colour-changing compounds in scorpion venom that could help fight bacterial infections such as drug-resistant tuberculosis. 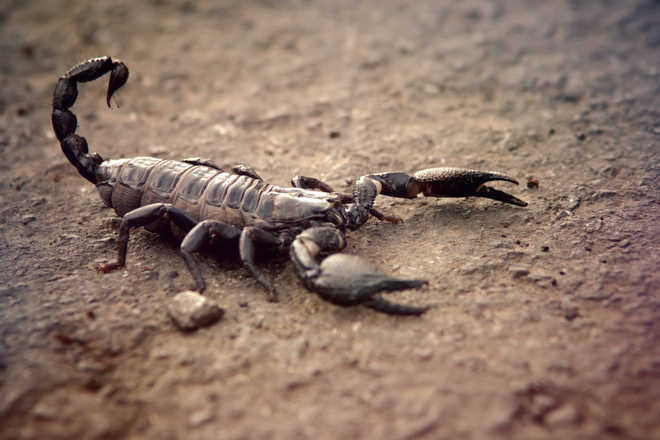 Using a tiny sample of the venom, researchers were able to work out the molecular structure of the two compounds. — iStock

Scientists have discovered two colour-changing compounds in scorpion venom that could help fight bacterial infections such as drug-resistant tuberculosis.

The researchers from National University of Mexico and Stanford University in the US isolated the compounds in the venom of Diplocentrus melici—a scorpion native to Eastern Mexico.

They also synthesised the compounds in the lab and verified that the lab-made versions killed staphylococcus and drug-resistant tuberculosis bacteria in tissue samples and in mice.

The findings, published in the journal Proceedings of the National Academy of Sciences, highlight the potential pharmacological treasures awaiting discovery in the toxins of scorpions, snakes, snails and other poisonous creatures.

"By volume, scorpion venom is one of the most precious materials in the world. It would costs USD 39 million to produce a gallon of it," said Richard Zare, who led the research team.

"If you depended only on scorpions to produce it, nobody could afford it, so it's important to identify what the critical ingredients are and be able to synthesise them," said Zare.

"The collection of this species of scorpion is difficult because during the winter and dry seasons, the scorpion is buried. We can only find it in the rainy season," Lourival Possani, a professor at National University of Mexico.

When the researchers milked the venom of D melici—a process that involves stimulating the tail with mild electrical pulses—they noticed that the venom changed colour, from clear to brownish, when it was exposed to air.

They investigated this unusual colour-change, they found two chemical compounds that they believed were responsible. One of the compounds turned red when exposed to air, while the other turned blue.

Using a tiny sample of the venom, researchers were able to work out the molecular structure of the two compounds.

The group confirmed the compounds' structures when, through much trial and error, they learned how to synthesise them.

The researchers found that the red compound was particularly effective at killing the highly infectious staphylococcus bacteria, while the blue one was lethal to both normal and multi-drug-resistant strains of tuberculosis-causing bacteria.

The team also showed that the blue compound kills tuberculosis bacteria but leaves the lining of the lungs in mice intact.

"The amount of venom components we can get from the animals is extremely low. The synthesis of the compounds was decisive for the success of this work," Possani said. — PTI