BOSTON: India is facing significantly higher rates of diabetes and high blood pressure, according to the first nationally representative study of these “major killers”. 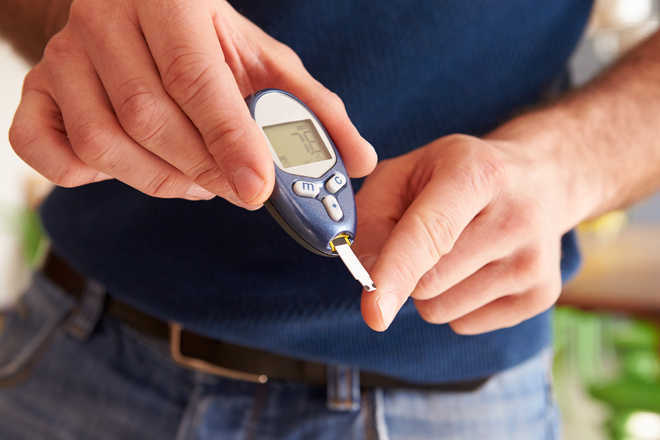 The rates of diabetes and hypertension are high among middle-aged and elderly people across all geographic measures and socio-demographic groups in India, researchers found.

India is facing significantly higher rates of diabetes and high blood pressure, according to the first nationally representative study of these “major killers” involving more than 1.3 million people.

The rates of diabetes and hypertension are high among middle-aged and elderly people across all geographic measures and socio-demographic groups in India, researchers found.

“Understanding how diabetes and hypertension prevalence varies within a country as large as India is essential for targeting of prevention, screening and treatment services,” said Pascal Geldsetzer, lead author of the study published in the journal JAMA Internal Medicine.

India, home to more than a sixth of the world’s population, is in the midst of a rapid epidemiological transition, researchers said.

Rates of non-communicable diseases have risen in recent decades and are likely to continue as India’s population ages and urbanises, they said.

The researchers wanted to find out how the prevalence of diabetes and hypertension in India varied by state, rural vs urban location, and by socio-demographic characteristics such as education and household wealth.

They used health data collected from 1,320,555 adults across India between 2012 and 2014, which included plasma glucose and blood pressure measurements.

The findings showed that diabetes and hypertension were prevalent across all geographies and socio-demographic groups.

“India has a window of opportunity to invest in its health system to effectively tackle hypertension and diabetes--both major killers,” said Rifat Atun, professor at Harvard TH Chan School of Public Health.

“The potential for harnessing new technologies to reach the millions affected by these diseases and reverse the course of these epidemics is real.

“However, because the epidemics are worsening rapidly, now is the time for urgent action,” said Atun.

Ashish Awasthi, faculty at the Indian Institute of Public Health in Gujarat, said, “Diagnosis of hypertension and diabetes is straightforward but mostly untapped due to lack of awareness and regular medical checkups.”

“India needs to focus on these two silent killers as well as other non-communicable diseases to reduce the burden of preventable premature morbidity and mortality. If unchecked, we will see a lot more victims of these two diseases in the next two decades,” he said. PTI