Exercise may boost cognition even in young adults: Study : The Tribune India

Exercise may boost cognition even in young adults: Study

NEW YORK: Aerobic exercise training improves cognition—acquiring knowledge and understanding through thought, experience, and the senses—even in young and middle-aged adults, according to a study. 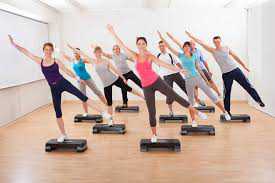 It is also possible that exercise has different effects in young vs older adults. — Thinkstock.

Aerobic exercise training improves cognition—acquiring knowledge and understanding through thought, experience, and the senses—even in young and middle-aged adults, according to a study.

The study, published in the journal Neurology, involved 132 adults between the ages of 20 and 67.

It found aerobic exercise training increases executive function— cognitive processes important for reasoning, planning, and problem-solving—in adults as young as 20, although the effect was stronger with increasing age.

The study led by researchers at Columbia University in the US indicates that aerobic exercise training improves cognition in younger adults, suggesting that exercise can prevent or slow the appearance of at least some age-related cognitive changes.

The flexibility of the exercise protocol in which participants choose when and how to exercise could make the intervention more attractive to the general population and increase its chances for adoption.

Researchers assigned 132 individuals with below median aerobic capacity to an aerobic exercise training programme or to a control programme of stretching and core-strengthening exercises.

All participants worked out four times a week, and those in the exercise group could choose any form of aerobic exercise as long as they reached target heart rates.

Data from heart rate monitors worn by the participants were downloaded to an on-site computer.

Participants were tested for executive function, processing speed, language, attention, and episodic memory prior to being assigned to groups and at 12 and 24 weeks.

"Executive function usually peaks around age 30 and I think that aerobic exercise is good at rescuing lost function, as opposed to increasing performance in those without a decline," said Yaakov Stern from Columbia University.

Executive function underlies many day-to-day activities. For example paying a bill requires planning, organising, and shifting from one related task to another. These activities rely on intact executive function.

Aerobic exercise did not improve cognitive function in processing speed, language, attention, or episodic memory for participants of any age, researchers said.

Some studies have found that aerobic exercise improves these features in adults above 55, and Stern said that a larger study may be able to detect improvement in younger adults.

It is also possible that exercise has different effects in young vs older adults.

The increase in gray matter was not associated with the participant's age, researchers said.

Several aerobic exercise studies in older adults have noted comparable changes in the frontal lobe, suggesting that aerobic exercise has a beneficial effect on a brain area that is associated with executive function, they said. — PTI