MELBOURNE: Scientists have developed a simple, low-cost spinal fusion device to reduce chronic back pain that may help avoid the need for more invasive surgery and painful bone grafts. 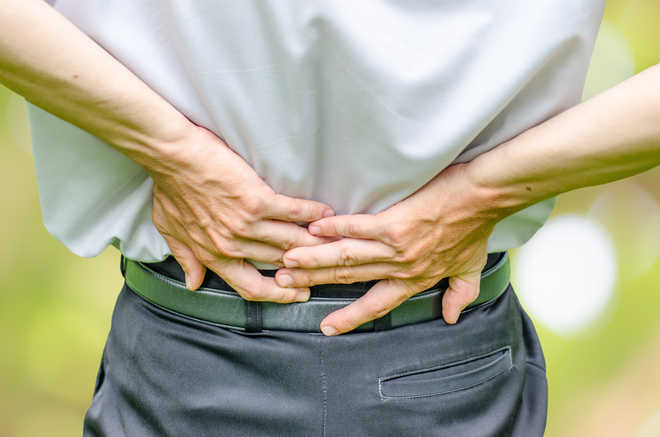 Scientists have developed a simple, low-cost spinal fusion device to reduce chronic back pain that may help avoid the need for more invasive surgery and painful bone grafts.

Researchers anticipate the innovative medical device, called Thru-Fuze, will transform spinal fusion surgery, which is used when conservative therapies such as physical therapy, medication and injections have failed.

The human trials are expected to begin in Australia later this year, the researchers said.

Spinal fusion stabilises the spine to prevent the extraneous movement that causes back pain.

Chronic back pain from spinal disorders or degenerative disc disease is a major public health issue around the world and is the most common reason for pain and disability in people aged under 50.

"Existing methods of spinal fusion use rod or cage systems that require screws to be drilled into the spine and a painful bone graft harvested, which is the material used to form the bridge and obtain the fusion between the vertebrae in the spine," Walsh said.

"These systems are very costly, difficult and time consuming to implant and they also have relatively variable rates of fusion success," he said.

"Existing methods rely on the bone to make its way right across the vertebrae and it can take up to a year to find out if the surgery has been a success," Walsh said.

Non-union, or failure to achieve a solid fusion, has been reported in over 50 per cent of patients using existing methods of spinal fusion.

The new device stabilises the spine without the need for a bone graft. Pre-clinical and laboratory testing in animal models has shown fusion of bone on and through the device after it is placed between vertebrae, resulting in rapid 'biomechanical' fixation.