LONDON: Researchers in Norway have identified a blood bio-marker that could indicate the long-term risk of developing cardiovascular diseases. 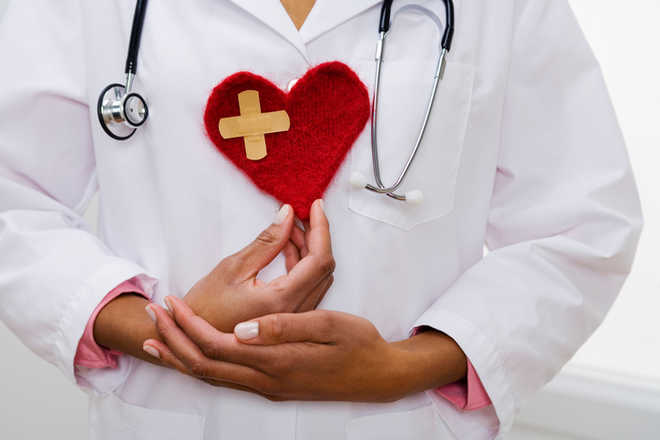 Researchers in Norway have identified a blood bio-marker that could indicate the long-term risk of developing cardiovascular diseases.

The findings of the research at the Norwegian University of Science and Technology (NTNU) showed that the bio-marker — called circulating microRNAs — can predict ten-year risk for myocardial infarction — a blockage of blood flow to the heart muscle.

"Our study showed that by measuring a combination of five different microRNAs and adding this information to the traditional risk factors for cardiovascular disease, we could identify those that were going to experience a myocardial infarction with considerably improved precision," said lead author Anja Bye, researcher at NTNU.

Regular analysis of blood for microRNAs, rather than just cholesterol and triglycerides, can provide 77.6 per cent accurate results of the risk of heart disease, the researchers noted.

Traditionally, it was risk factors such as body mass index (BMI), blood pressure, smoking and dietary habits that have indicated the health of the heart.

Though these did provide a degree of accuracy, results still overlooked 15-20 per cent of myocardial infarction patients who were on the "low risk" list based on lifestyle factors.

For the study, published in the Journal of Molecular and Cellular Cardiology, the team looked at 212 healthy participants aged between 40-70 years that either died from myocardial infarction within ten years or remained healthy at the time of the final study in 2006. — IANS