Those who can''t smoke don''t turn into food addicts

NEW YORK:Smokers who quit or abstain for whatever reason do not generally turn their gaze towards mouth-watering food as normally thought. 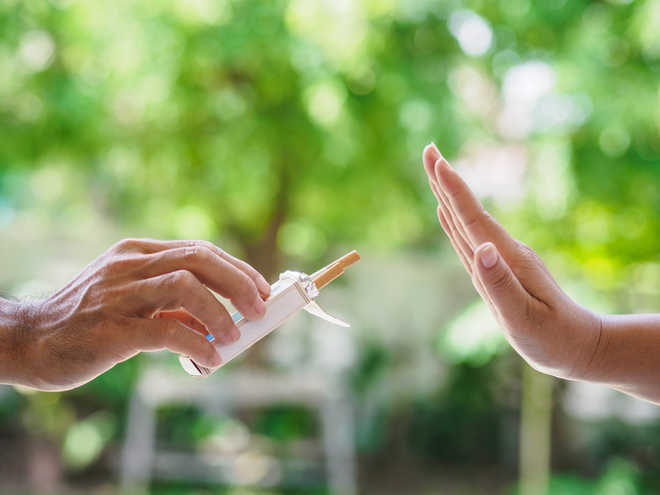 Smokers who quit or abstain for whatever reason do not generally turn their gaze towards mouth-watering food as normally thought. According to researchers from University at Buffalo, smoking abstinence doesn't greatly affect the motivation for food.

"We found that the motivations for cigarettes, food and water do not interact very much," said Stephen Tiffany from the university's department of psychology.

"The results suggest that smoking abstinence does not affect the motivation for food and water".

The study, published in the journal Drug and Alcohol Dependence, used cues and actual money to learn how much smokers might spend for cigarettes, food and water during abstinence.

The results provide new insights for how different systems control motivation and reward.

Food does not become more appealing during those times when a smoker is in a smoke-free environment or otherwise can't smoke.

"If you're on an airplane and can't smoke, you're not likely to be spending more money than usual on snacks," said Tiffany.

For the current study, 50 participants, all smokers who had abstained for 12 hours, had money to spend on their choices.

Tiffany and Jennifer Betts, the study's co-author, sat those participants in front of a box with a sliding door.

Inside the box was one of three items: their favourite brand of cigarette, a candy bar they previously acknowledged as liking, or a cup of water.

Abstinent smokers spent even more for cigarettes, but they didn't spend for food or for water.

"When people are abstinent from cigarettes their craving tends to go up, but they don't become hypersensitive to the cue," said Tiffany.

People don't relapse randomly. They relapse in the presence of opportunities to use which can be triggered by cues, the researchers noted. - IANS