MUMBAI:After the news of playback legend Lata Mangeshkar''s being admitted in the hospital broke out, a string of Bollywood celebrities like Shabana Azmi and Hema Malini took to their social media to pray for her speedy recovery. 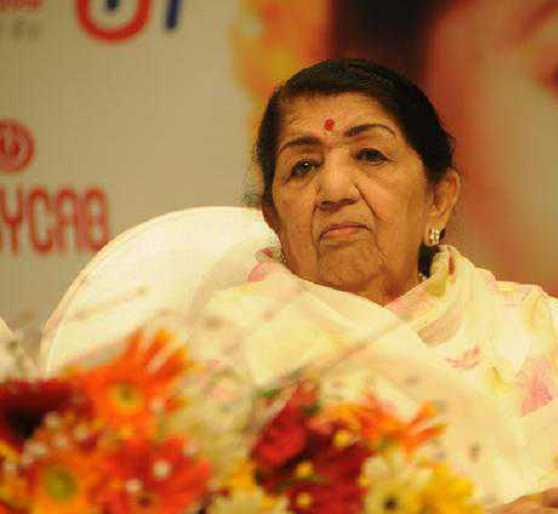 The iconic singer, who turned 90 on September 28, became a recipient of India''s highest civilian honour Bharat Ratna in 2001.

After the news of playback legend Lata Mangeshkar's being admitted in the hospital broke out, a string of Bollywood celebrities like Shabana Azmi and Hema Malini took to their social media to pray for her speedy recovery.

Lata Mangeshkar, who was rushed to the hospital in the early hours of Monday, due to viral chest congestion as a "precautionary measure".

Hema Malini took to Twitter to wish Mangeshkar, who has lent her voice for the actress in songs like "Rama Rama Ghazab Huyi Gawa Re" and "Tune O Rangeele".

"Prayers for @mangeshkarlata who is hospitalised and is reported to be in a critical condition. God give her the strength to come out of this crisis and continue to be in our midst. The nation prays for Bharat Ratna Lata ji, the nightingale of India," Hema wrote.

Actress Poonam Dhillon wrote: "Request you all to say a prayer for health of @mangeshkarlata ji our irreplaceable precious Indian jewel who is in hospital. The power of prayers is limitless."

Mangeshkar has lent her voice of Poonam for songs such as "Ae Sagar Ki Lehron" among many others.

Singer-composer Adnan Sami wrote: "Get well very soon dearest Didi.. Prayers. #LataMangeshkar." Mangeshkar was admitted in Breach Candy Hospital here at around 2 a.m. of Monday. Soon, there were multiple reports doing the rounds suggesting that her condition is critical. Her team has come out to deny all such claims.

The iconic singer, who turned 90 on September 28, became a recipient of India's highest civilian honour Bharat Ratna in 2001. She has recorded songs in over 36 Indian languages.

Born on September 28, 1929, she has also been honoured with Dadasaheb Phalke Award and France's highest civilian award, Officer of the Legion of Honour, besides numerous national and international awards.

Mangeshkar, who has been active on social media despite her advancing age, on Sunday wished actress Padmani Kolhapure good luck for the upcoming film ‘Panipat’. — IANS