MANDI: A day after the video of a 70-year-old woman taken as a sorceress being beaten up by religious fanatics at Samahal village of Sarkaghat went viral, 21 persons were today arrested. 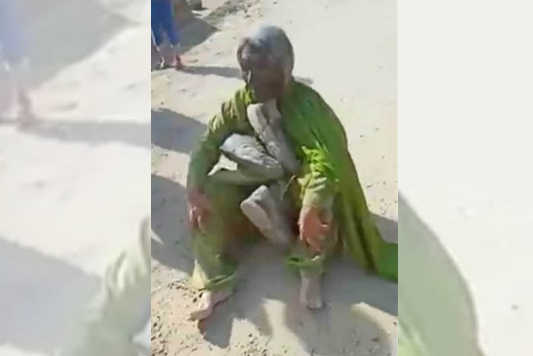 A day after the video of a 70-year-old woman taken as a sorceress being beaten up by religious fanatics at Samahal village of Sarkaghat went viral, 21 persons were today arrested.

The Mandi police had raided the village yesterday evening. The 21 accused will be produced before the court tomorrow to seek their police remand for further interrogation.

Talking to The Tribune, Mandi Superintendent of Police Gurdev Chand Sharma said: “The incident took place on November 6 but no one reported it to the police. On November 9, the video went viral on the social media after which we approached the complainant and recorded her statement. An FIR has been registered in the Sarkaghat police station. Those arrested include seven women.”

Sharma said the villagers were planning to gherao the police station today but the police decided to deal with the offenders strictly. “All those involved in the shameful act will not be spared,” he said.

According to sources, villagers are trying to pressure the police by quoting the local deity to justify their illegal act. The “gur” of the local deity were involved and instruments such as drums and bells of the deity were used by the accused when the victim was assaulted and paraded in the area.

All social activists of the district have demanded stern action against the accused to ensure fear of law among such religious fanatics.