SHIMLA: As many as 93 MoUs were signed during the Mini Conclave of Global Investors’ Meet held here today, attracting an investment worth Rs 4,775 crore. 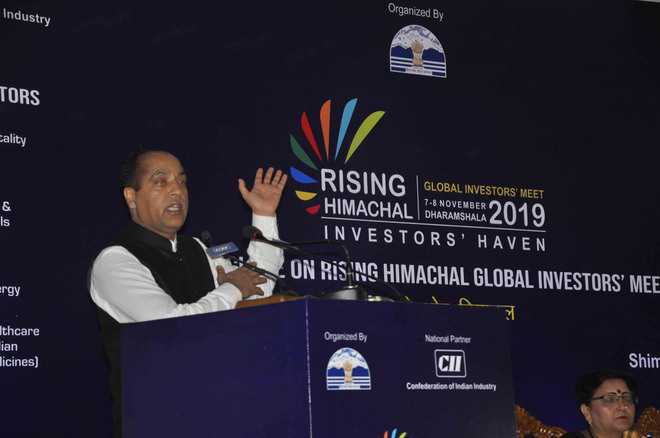 Chief Minister Jai Ram Thakur addresses investors during the Mini Conclave of the investors’ meet in Shimla on Tuesday.

As many as 93 MoUs were signed during the Mini Conclave of Global Investors’ Meet held here today, attracting an investment worth Rs 4,775 crore. The MoUs signed included 47 related to tourism sector alone.

Presiding over the conclave, Chief Minister Jai Ram Thakur said the government had ensured that every decision meant for the welfare of people and development of the state.

Jai Ram Thakur said that the Mini Conclave was organized to listen the problems of entrepreneurs and businessman of the state and ensure their redressal. He urged local entrepreneurs to be part of the Global Investors Meet, thereby making their contribution in the development of the state.

Chief Secretary Dr Shrikant Baldi made a presentation on ‘Investment Opportunities in Tourism and Housing Sector’ and informed that two crore domestic tourists were visiting the state every year. He said the Cabinet has approved the Tourism Policy-2019 in order to facilitate the investors willing to invest in the tourism sector.