Cloudburst in Manali, no casualty reported : The Tribune India

Cloudburst in Manali, no casualty reported

MANDI: A cloudburst was reported in the Anjani Mahadev area here on Monday. 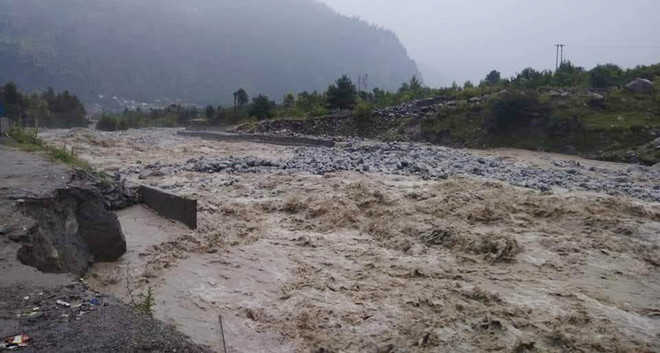 The Anjani Mahadev area at Solang after the cloudburst on Monday. Tribune Photo

A cloudburst was reported in the Anjani Mahadev area here on Monday. However, no loss of human life was reported.

The debris swept by gushing water amid heavy rains accumulated in the Anjani nullah. The authorities have pressed machinery into service to clear it.

According to local residents, the drinking water scheme of the Irrigation and Public Health Department had damaged. A foot bridge leading to Goshal village was also damaged due to high flow in the Anjani nullah.

SDM, Manali, Raman Gharsangi also visited the spot to assess the situation. He said the situation was under control.