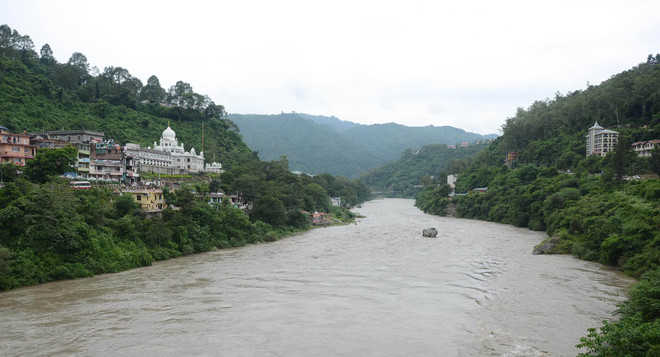 The swollen Beas after water was released on Wednesday.

Mandi Divisional Commissioner Vikas Labru has summoned officials of the Parbati power project. The dam authorities had on Wednesday released water from the Parbati-III (520 MW) power project without informing the Kullu administration. The Larji and Pandoh dam authorities in Mandi district had to open their floodgates to release the excess water.

The Tribune had highlighted the careless attitude of the power project authorities as they failed to warn the people well in advance.

In 2014, as many as 23 students and a tour operator from Hyderabad had lost their lives due to alleged carelessness of the Larji dam authorities. The authorities opened the floodgates without warning and as a result, all 24 were swept away in the Beas.

Labru said, “I have summoned officials of the power project. Kullu Deputy Commissioner and Mandi Additional District Magistrate will also be present at the meeting in Kullu on Saturday to discuss the issue.”

He said it was a serious matter. The negligence could have proved disastrous. He said officials concerned would be given a strict warning to follow the norms and any kind of negligence will be dealt with strictly.