PALAMPUR: With the early onset of summer in the state, the Forest Department in Kangra district has geared up its machinery to check forest fires. 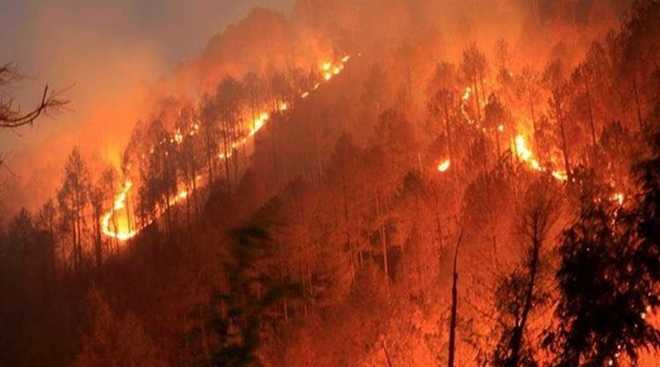 A senior officer of the state Forest Department said control rooms equipped with wireless system and mobile phones had been set up in different divisions. In addition to this, fire fighting units have also been created in all sensitive areas.

Deficient rains and dry spell in the state had resulted in forest fires as early as in March which was a matter of concern for the Forest Department. He said during the previous year because of long spell of winters, regular rain in March, April and May had provided much relief to the department. However, the situation is different now and the department was fully prepared to handle the forest fires.

It may be recalled that forests in the middle and lower hills of the state comprising Kangra, Mandi, Hamirpur, Una and Bilaspur district are prone to fires between April and June keeping Forest Department officials on tenterhook.

Besides, disturbing the fragile flora and fauna, these blazes also cause huge damage to wildlife and standing trees. Himachal Pradesh has one of the richest and the most varied forest cover in northern India, particularly the Himalayan pine variety which is highly valued for its superior timber. It was also revealed that for the past few years the Forest Department had not been able to take up the required preventive measures like controlled burning of pine needles and maintenance of fire lines in total forest area because of financial crunch in the department. Therefore, it carried out controlled burning over a small forest area all over state.

As per norms, controlled burning has to be carried out at least over one-third of the total forest area susceptible to forest fires.