NEW DELHI: The Enforcement Directorate has attached assets worth over Rs 288 crore of a Himachal-based company and its promoters in connection with a money laundering case. 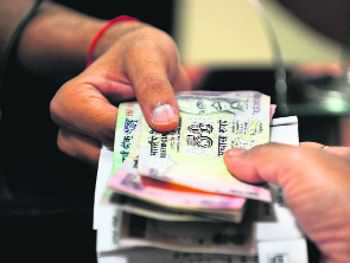 The Enforcement Directorate has attached assets worth over Rs 288 crore of a Himachal-based company and its promoters in connection with a money laundering case.

The ED, in a statement, said today that a provisional order under the Prevention of Money Laundering Act (PMLA) was issued to attach assets worth Rs 288.91 crore. The attached assets include land, building, plant and machinery of Indian Technomac Company at Paonta Sahib in Sirmaur district, agricultural land owned by its promoter Rakesh Kumar Sharma in Mehrauli and agricultural land in the name of its director Vinay Kumar Sharma at Rampur Majri and Bharapur in Paonta Sahib, it added

The ED has registered a criminal case of money laundering against the firm and its promoters based on multiple FIRs filed by the state police. “The company was sanctioned a term loan of Rs 289.66 crore and working capital limits of Rs 1,335 crore by a consortium of banks led by The Bank of India,” the agency said in a statement.

“The account gradually started slipping into NPA due to non-servicing of interest, instalments, devolvement of bills under Letter of Credits (LCs). The account was later on classified as NPA,” the ED said.

The agency claimed that its probe revealed that Rakesh Kumar Sharma and his associates, employees and internal and statutory auditors fraudulently showed a huge rise in the company’s growth by inflating the balance-sheets to induce banks to sanction more loans.

The balance-sheets were inflated by forging sale and purchase bills. There was no real increase in the actual turnover of the company. The loan amount was diverted to various shell companies, the ED said, adding: “The funds in shell companies were further siphoned off for personal and non-mandated purposes such as buying immovable assets among others”.