NEW DELHI:The Centre on Tuesday confirmed the outbreak of Japanese Encephalitis in Himachal, with two children from Solan district testing positive for the mosquito-borne viral infection of the brain. 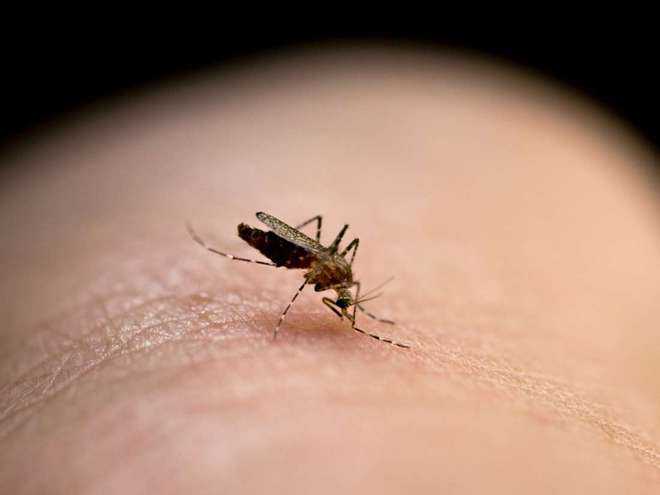 The Centre on Tuesday confirmed the outbreak of Japanese Encephalitis in Himachal, with two children from Solan district testing positive for the mosquito-borne viral infection of the brain.

Both children are currently in Indira Gandhi Medical Hospital, Shimla. One, a 3-year-old boy from Dharampur is critical and on ventilator support. The other, a 6-year-old boy from Dhalli is also under intensive care. Seven Solan kids were  referred to the IGMC, Shimla, with symptoms of viral infection, but five were discharged.

Health Secretary Preeti Sudan told The Tribune that she had spoken to the state’s Principal Secretary, Health, and directed teams from the National Centre for Disease Control and the National Vector-Borne Disease Control Programme to be sent to Himachal for detailed investigations into cause of the infection.

State surveillance officer under the Integrated Disease Control Programme had spotted symptoms of febrile illness in seven children of Solan district and referred them to the IGMC, Shimla, for suspecting Nipah virus. Their samples  were sent to the National Institute of Virology, Pune, to rule out Nipah. Two of these instead tested positive for JE.

“Blood samples of these two children have tested positive for JE. We have now sent their cerebro spinal fluid samples to the NIV, Pune, for further investigation,” a Health Ministry official said.

Himachal has never reported JE. This is the first time the state has seen cases of the virus which kills 220 children under 15 pan-India every year on an average.

The highest mortality rate from JE is in Uttar Pradesh where children’s deaths in Gorakhpur recently sent shock waves all over the country. These deaths were primarily attributed to JE aggravated by poor healthcare facilities.

JE has no cure. There’s a preventive vaccine the government now offers under routine immunisation plan. The management of JE-infected children to minimise chances of death is the main line of care.

A Central multi-sectoral team rushed to Himachal will now determine whether JE infection in the state is indigenous or imported. Domestic pigs and wild birds carry the JE virus mostly transmitted by mosquitoes found around paddy fields.

Mosquitoes get the infection by feeding on diseased domestic pigs and wild birds. They then further transmit the JE virus to humans.

“Central experts will have to trace the virus host and its vector — the mosquito — in Solan for the infection to be notified as endemic. They will also interview the local population to rule out more cases. If the virus and vector are not traced, the virus could have been imported. That possibility will then have to be determined,” a ministry official said.