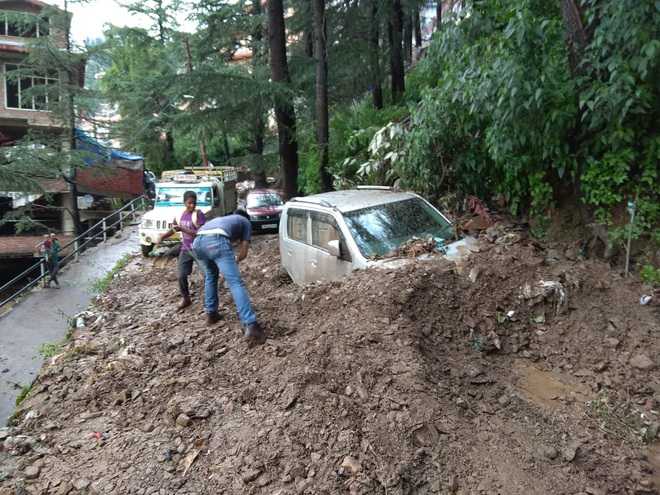 A car buried under the debris at Vikas Nagar in Shimla.

The Met Department recorded 100 mm of rainfall within 30 minutes that resulted in the choking of drains and garbage and muck. Traffic jams were witnessed at several places.

An under-construction parking lot in the Kaithu area was damaged due to a hill slip. A massive landslide was reported on the Sanjauli bypass, leading to a huge traffic jam. Hundreds of vehicles, including apple-laden trucks, remained stranded for hours. Another major landslide was reported near Kamla Nehru Hospital.

A car was partially buried in the debris following soil erosion in Vikas Nagar. Water entered several houses in the Lower Khalini area below the Agriculture Marketing Board building.

Meanwhile, the local MeT office has warned of heavy rain at isolated places in mid hills on Tuesday and rain and thundershowers in lower and mid hills from July 3 to 8.