SHIMLA: In a bid to give a boost to tourism and promote apple industry, the Tourism Department and Shimla district administration will hold a two-day Apple festival in the state capital on September 27 and 28. 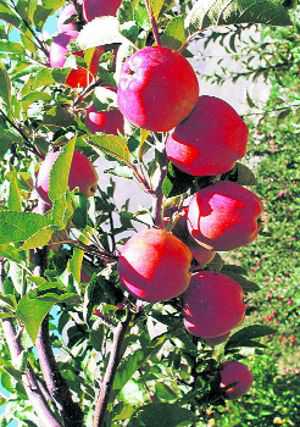 In a bid to give a boost to tourism and promote apple industry, the Tourism Department and Shimla district administration will hold a two-day Apple festival in the state capital on September 27 and 28.

Deputy Commissioner Amit Kashyap said the festival was being held to promote apple tourism and generate interest in the apple orchards and all activities associated with its cultivation among visitors.

“This two-day Apple fest will be organised by the Tourism Department in close synergy with other departments to make Himachal apples a brand at the international level,” he said. He added the fest would be organised at the ancient Gaiety Theatre’s Gothic Hall and the newly constructed Multipurpose Hall.

The main attraction of the fest would be newly developed apple varieties and apple-based products. He said other events and activities like painting competition, quiz, orchard tourism travel and Apple Queen contest would be held. Traditional Himachali cuisine and apple-based bakery products would also be showcased during the event, he added.

The tradition of holding the fest was started few years back but there have been several occasions when it was given a miss. As such the event has failed to be a regular event and is held on and off even though it holds a lot of potential for tourism promotion.