HISAR: The body of the Indian Air Force pilot Wing Commander Sahil Gandhi was cremated with full military honours in his native Hisar town on Thursday. 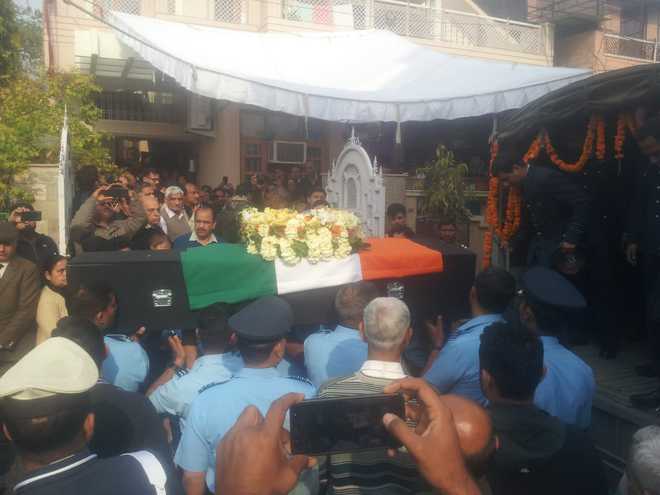 The body of the Indian Air Force pilot Wing Commander Sahil Gandhi was cremated with full military honours in his native Hisar town on Thursday.

Gandhi had died during a rehearsal for the Aero Show when two Hawk aircraft of the aerobatic team Surya Kiran collided midair in Bangaluru on Tuesday.

Earlier, his body was taken to Hisar airport from Delhi via helicopter and brought to his home at PLA Sector in the town today morning.

Gandhi is survived by his wife Himani and five-year-old son Riyan.

Sahil joined the NDA after completing his 10+2 from the Campus School at HAU, Hisar, in 2000 and was commissioned in the IAF in 2004.