NEW DELHI: In a major victory for India, the International Court of Justice on Wednesday ruled that Pakistan must review the death sentence for Indian national Kulbhushan Jadhav, who has been sentenced to death by a Pakistani military court on charges of "espionage and terrorism". 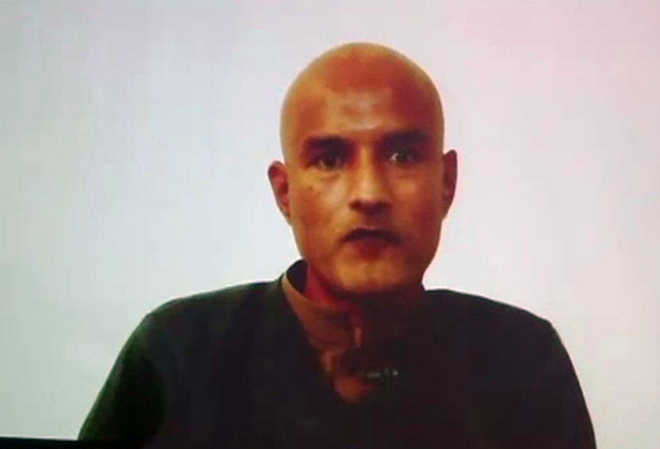 In a major victory for India, the International Court of Justice on Wednesday ruled that Pakistan must review the death sentence for Indian national Kulbhushan Jadhav, who has been sentenced to death by a Pakistani military court on charges of "espionage and terrorism".

India had asked the UN court to intervene in the case, as it said Jadhav had been given an unfair trial and had been denied diplomatic assistance by Pakistan.

The ICJ asked Pakistan to review and reconsider conviction and sentence of Jadhav and also called for a continued stay on his execution.

It rejected Pakistani objections, saying it has jurisdiction to decide on the matter. The court “finds that, by not informing Kulbhushan Jadhav of his rights under Vienna Convention (VCCR), Pakistan breached the obligations upon it under that provision”.

Reading out the verdict, President of the Court Judge Abdulqawi Ahmed Yusuf ordered an "effective review and reconsideration of the conviction and sentence of Mr Kulbhushan Sudhir Jadhav".

Jadhav, 49, a retired Indian Navy officer, was sentenced to death by the Pakistani military court on charges of “espionage and terrorism” after a closed trial in April 2017. His sentencing evoked a sharp reaction in India.

Wholeheartedly welcome @CIJ_ICJ verdict asking Pak to review conviction of #KulbhushanJadhav and allowing him consular access. The verdict, coming aptly on the World Day for International Justice, delivers justice in the true sense & underscores the rule of law.

The bench also ruled by 15 votes to 1 that Pakistan had violated India's rights to consular visits after Jadhav's arrest.

Pakistan "deprived the Republic of India of the right to communicate with and have access to Mr Kulbhushan Sudhir Jadhav, to visit him in detention and to arrange for his legal representation", the judges said.

Pakistan was under the obligation to inform India about the arrest and detention of Jadhav under the Vienna Convention, Judge Yusuf ruled.

The bench observed that there was a three-week delay in informing India about Jadhav's arrest on March 3, 2016, leading to a "breach" of Pakistan's obligations under the convention.

Noting that India has made a number of requests for the consular access, which was denied by Pakistan, the court said it was "undisputed" fact that Pakistan did not accede to India's appeals.

The court said that Pakistan has not explained how any of the wrongful acts allegedly committed by India may have prevented it from fulfilling its obligation.

The verdict in the high-profile case came nearly five months after a 15-member bench of ICJ led by Judge Yusuf had reserved its decision on February 21 after hearing oral submissions by India and Pakistan. The proceedings of the case took two years and two months to complete.

India moved the ICJ in May 8, 2017 for the “egregious violation” of the provisions of the Vienna Convention by Pakistan by repeatedly denying New Delhi consular access to Jadhav.

A bench of the ICJ, which was set up after World War II to resolve international disputes, on May 18, 2017 had restrained Pakistan from executing Jadhav till adjudication of the case.

Prime Minister Narendra Modi welcomed the verdict of the International Court of Justice on Kulbhushan Jadhav, saying “truth and justice” have prevailed.

“We welcome today’s verdict in the @CIJ_ICJ. Truth and justice have prevailed. Congratulations to the ICJ for a verdict based on extensive study of facts,” the prime minister tweeted.

He said he is sure that Jadhav “will get justice”.

Modi also said that his government will “always work for the safety and welfare of every Indian”.Truth, justice will prevail: PM Modi

We welcome today’s verdict in the @CIJ_ICJ. Truth and justice have prevailed. Congratulations to the ICJ for a verdict based on extensive study of facts. I am sure Kulbhushan Jadhav will get justice.

Our Government will always work for the safety and welfare of every Indian.

I welcome the ICJ verdict.

My thoughts tonight are with #KulbhushanJadhav , alone in a prison cell in Pakistan & with his distraught family for whom this verdict brings a rare moment of relief, joy & renewed hope, that he will one day be free to return to his home in India 🇮🇳

Harish Salve, who was representing India in the case, questioned the functioning of Pakistan’s notorious military courts and urged the top UN court to annul Jadhav’s death sentence, which is based on an “extracted confession”.

In his submission in the ICJ on the last day of the hearing, Pakistan’s counsel Khawar Qureshi said, “India’s claim for relief must be dismissed or declared inadmissible.”  Pakistan claims that its security forces arrested Jadhav from restive Balochistan province on March 3, 2016 after he reportedly entered from Iran.

Pakistan had rejected India’s plea for consular access to Jadhav at the ICJ, claiming that New Delhi wants the access to get the information gathered by its “spy”.

However, Pakistan facilitated a meeting of Jadhav with his mother and wife in Islamabad on December 25, 2017. — With agencies