If using FaceApp, be careful, here is the reason

CHANDIGARH: A privacy warning has been issued over FaceApp that makes you look into your future or past, or even swap your genders. 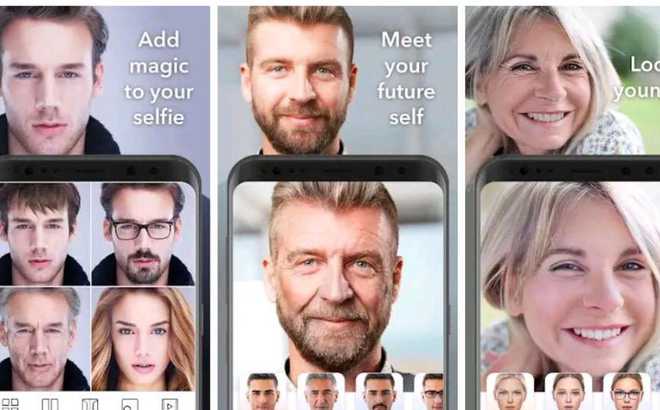 A privacy warning has been issued over FaceApp that makes you look into your future or past, or even swap your genders.

US Senate minority leader Chuck Schumer has called on the FBI and the Federal Trade Commission to conduct a national security and privacy investigation into Russia-based FaceApp, whose mobile software application alters users' photos.

Because millions of Americans have used it

It’s owned by a Russia-based company

And users are required to provide full, irrevocable access to their personal photos & data pic.twitter.com/cejLLwBQcr

FaceApp's artificial intelligence application for editing photos requires users to provide it with "full and irrevocable access to their personal photos and data," which could pose "national security and privacy risks for millions of citizens.

Users' photos can be edited to make a user look older or younger or to change their gender, he said.

Schumer said the photo editing app's location in Russia raises questions about how FaceApp lets third parties, including foreign governments, have access to the data of American citizens.

In a statement cited by media outlets, FaceApp has denied selling or sharing user data with third parties.

FaceApp's website says it has over 80 million active users.

FaceApp's website promotes the app by saying: "Transform your face using Artificial Intelligence with just one tap," showing photos with changes in users' appearances. As of now, everyone is trying out the app to see how they would look in future.

With inputs from Reuters