HISAR: Hisar is set for a high-voltage mayoral contest. Congress leaders Kuldeep Bishnoi and Savitri Jindal on Wednesday joined hands to back independent candidate Rekha Aren for the post of Mayor. 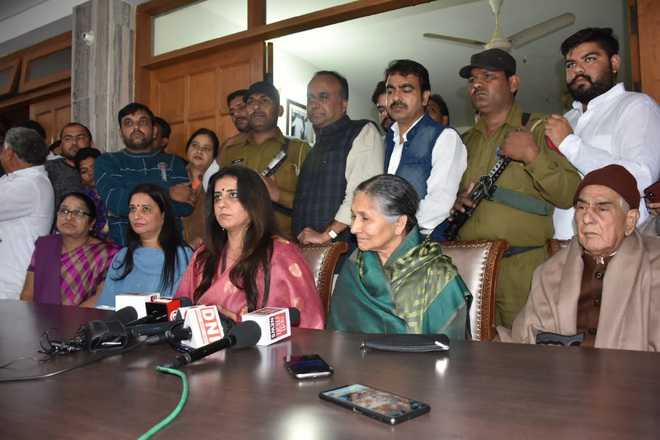 Hisar is set for a high-voltage mayoral contest. Congress leaders Kuldeep Bishnoi and Savitri Jindal on Wednesday joined hands to back independent candidate Rekha Aren for the post of Mayor.

Aren would take on BJP candidate Gautam Sardana and INLD nominee Amit Saini. There was a prolonged discussion at Jindal house as claimants to the Congress ticket sought the blessings of former minister Jindal.

Sources said they zeroed in on Aren and Rekha Saini. The sources revealed that Bishnoi threw his weight behind Aren, that led to her selection. Jindal and Hansi MLA Renuka Bishnoi later announced Aren’s candidature at a press conference.

Aren and her husband Hanuman Aren had joined the BJP about two years ago. They were hopeful of the BJP ticket for the mayoral post.

The arrival of Sardana into the BJP about two months ago at the initiative of minister Manish Grover had changed equations in the BJP.