BENGALURU:As India tries to establish a toehold in the military aerospace sector, efforts of the domestic private industry are like the &lsquo;first steps&rsquo; on the learning curve, the real work of making engines or other critical technologies is still some years away. 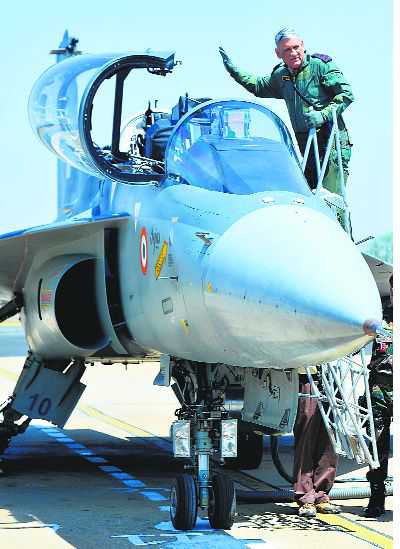 As India tries to establish a toehold in the military aerospace sector, efforts of the domestic private industry are like the ‘first steps’ on the learning curve, the real work of making engines or other critical technologies is still some years away.

At all military events like the ongoing Aero India here, multiple joint ventures between Indian companies and foreign partners are announced. A close look reveals these largely relate to forging, casting and making structures that are part of the global supply chain of the companies.

The exception is the tie-up Hindustan Aeronautics Limited had with French Safran in 2005 to make helicopter engines for the Dhruv series of copters.

At the Aero India here, the Russian MiG team announced “we having been making in India since 1963” (or the time since the first MiG 21 arrived). The reality is licence production of MiGs did not help India in making engines or new and better planes.

Many business opportunities and jobs are opening up, but not in cutting-edge technology sector. Dynamatic Technologies CEO Udayant Malhoutra, speaking at a seminar here, was candid: “In India, the advantage is the (lesser) labour cost and the engineering talent pool.”

Boeing India acting president Sunil Velagapuddi says, “We are outsourcing jobs worth a billion US dollars and plan to double it in a decade. Our new plant outside Bengaluru is largest investment outside the US.”

European companies Thales and Airbus have their separate plans to outsource in India. Airbus for long has been getting doors of its passenger aircraft made by HAL. Thales is looking to ramp up its Indian presence and employ upto 6,000 persons while Airbus is now moving towards achieving 1 billion euro (Rs 7,400 crore) trade from India.

Airbus works with Indian suppliers on engineering and IT services, aero-structures, materials and cabins for several of Airbus platforms. The Adani group has joined hands with Elbit of Israel to make UAVs. The body is being made at the Hyderabad plant of Adani, another baby step.

HAL: Without inquiry, why blame for crash