Indian travelling with fake German passport denied entry into US

NEW YORK: A 28-year-old Indian national was refused entry into the US after the border authorities found that he was travelling with a fraudulent German passport. 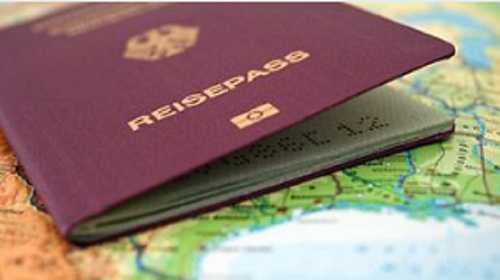 A 28-year-old Indian national was refused entry into the US after the border authorities found that he was travelling with a fraudulent German passport.

US Customs and Border Protection (CBP) officers intercepted the Indian national on Monday at the Washington Dulles International Airport.

Authorities declined to prosecute the Indian man, who was refused admission to the United States. Due to privacy laws, the man’s name was not released as he was not criminally charged, a CBP release said.

The Indian national arrived from Accra, Ghana, and presented the German passport to a CBP officer during inspection.

The officer detected discrepancies in the passport’s biographical page and referred the man to a secondary examination, during which CBP officers were unable to access the passport’s electronic chip and suspected it to be altered or damaged.

When questioned, the man admitted to purchasing the passport in Ghana. CBP officers seized the passport and refused the Indian national admission to the United States, the release said.

“The nation’s security is dependent on CBP officers doing their job, recognising those who are attempting to enter by illegal means among the millions of travellers who enter the country for legitimate purposes,” Durst said.

In screening both foreign visitors and returning US citizens, CBP uses a variety of techniques to intercept immigration violators, narcotics, unreported currency, weapons, prohibited agriculture goods, counterfeit consumer goods, and other illicit products, and to assure that global tourism remains safe and strong.

During 2018, CBP officers and agents intercepted an average of 16 fraudulent documents every day at and between the nation’s 328 ports of entry. PTI