LONDON: Bleeding during the first six months after discharge from hospital for a heart attack is linked with a subsequent cancer diagnosis, a new study said. 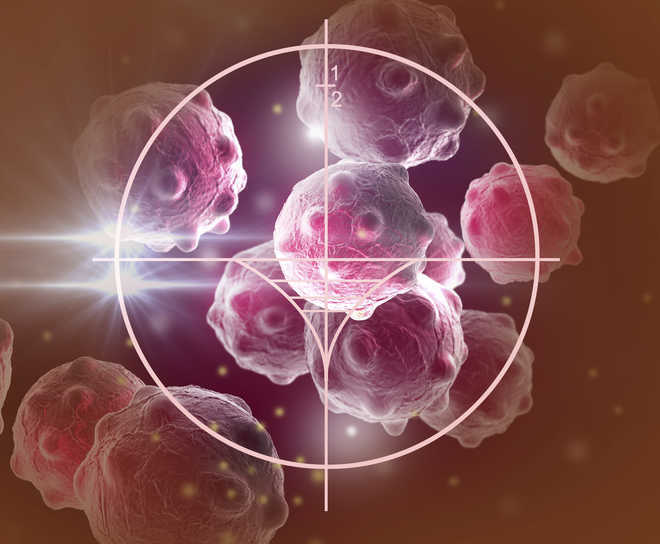 Bleeding during the first six months after discharge from hospital for a heart attack is linked with a subsequent cancer diagnosis, a new study said.

"Our results suggest that patients should seek medical advice if they experience bleeding after discharge.

"Particularly if the bleeding is of gastrointestinal, pulmonary or genitourinary origin, without any obvious reason, and occurs in the first six months. If the cause is cancer, early detection can improve prognosis," said study author Isabel Munoz Pousa from Alvaro Cunqueiro Hospital in Spain.

Following the discharge for an acute coronary syndrome—heart attack or unstable angina—patients are typically treated with dual antiplatelet therapy for around one year.

This treatment inhibits the formation of blood clots but raises the risk of bleeding.

Patients were followed-up for a median of 56.2 months for bleeding events and cancer.

The researchers analysed associations between bleeding and the absolute risk of a new cancer diagnosis.

Bleeding occurred in 1,215 patients—33 per cent during follow-up and 227 patients (6 per cent) had a new diagnosis of cancer.

After adjustment for factors known to influence bleeding or cancer, post-discharge bleeding was associated with a threefold higher risk of a new cancer diagnosis.

The median time from bleeding to cancer was 4.6 months. The link with cancer increased as the severity of bleeding worsened.

Spontaneous bleeding with no apparent cause was linked with four times higher risk of a cancer diagnosis.

"Most of the bleeding episodes in the study were mild. The bleeding events more strongly related with a new cancer diagnosis were severe haemorrhages of unknown cause are requiring surgery—for example digestive bleeding needing endoscopic treatment," Pousa said.

The study was presented at the ESC Congress 2019 in Paris on August 31. — IANS