Iran blasts US over arms sales

DOHA:Iran&rsquo;s Foreign Minister Mohammad Javad Zarif accused the United States on Monday of transforming the Gulf into a &ldquo;tinderbox&rdquo; with its arms sales to regional allies. 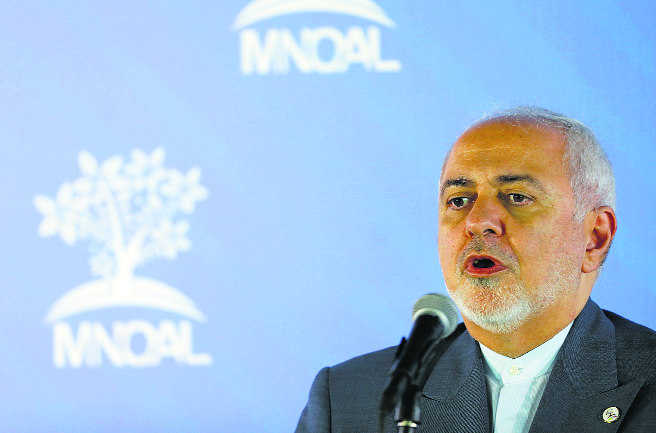 Iran’s Foreign Minister Mohammad Javad Zarif accused the United States on Monday of transforming the Gulf into a “tinderbox” with its arms sales to regional allies.

“The United States sold $50 billion worth of weapons to the region last year. Some of the countries in the region with less than a third of our population spend $87 billion on military procurement,” Zarif told Qatar’s Al Jazeera broadcaster during a visit to the Gulf state.

Washington is pursuing a “maximum pressure” campaign designed to force Iran to limit its nuclear and military activities.

Tension between Tehran and Washington has seen a steep rise since President Donald Trump unilaterally withdrew the US from a nuclear accord between Iran and world powers in May 2018, reimposing biting sanctions.

Washington is seeking to assemble a coalition to secure maritime traffic in the Strait of Hormuz — key to the global oil trade — following a number of attacks on oil tankers blamed by Washington on Tehran.

Doha is a close ally of Washington and hosts the largest US military base in the region, while also maintaining cordial ties with Iran. — AFP