Axing of Articles 370, 35A will lead to Azadi: Farooq Abdullah

SRINAGAR: Reacting to the BJP’s commitment to abrogate Articles 370 and 35A, Farooq Abdullah said the move would pave the way for ‘Azadi’ for Kashmir. 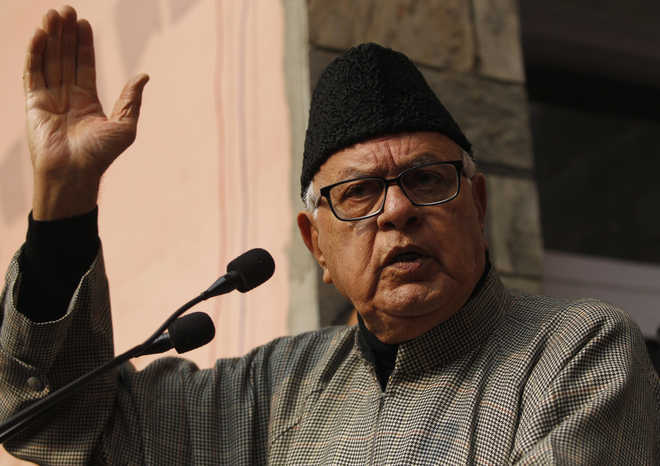 Reacting to the BJP’s commitment to abrogate Articles 370 and 35A of the Constitution, National Conference President Farooq Abdullah said on Monday that the move would pave the way for ‘Azadi’ for Kashmir.

The BJP manifesto released by Prime Minister Narendra Modi and BJP President Amit Shah said the party would abrogate both articles if voted to power.

Reacting to this, Abdullah told an election gathering here: “Do they think they will abrogate Article 370 and we will be quiet? They are wrong.

“We will fight it. I think it is Allah’s will that they are trying to abrogate it. Let them do it and it will pave way for our Azadi.”

There are many public interest litigations pending in the Supreme Court wherein both Articles 370 and 35A have been challenged.

While Article 370 gives special status to Jammu and Kashmir, Article 35A empowers the state legislature to define citizens of the state and their privileges. IANS