SRINAGAR: Former Jammu and Kashmir Chief Minister Farooq Abdullah has now been detained under the stringent Public Safety Act (PSA), which enables authorities to detain any individual for two years without trial, sources said on Monday. 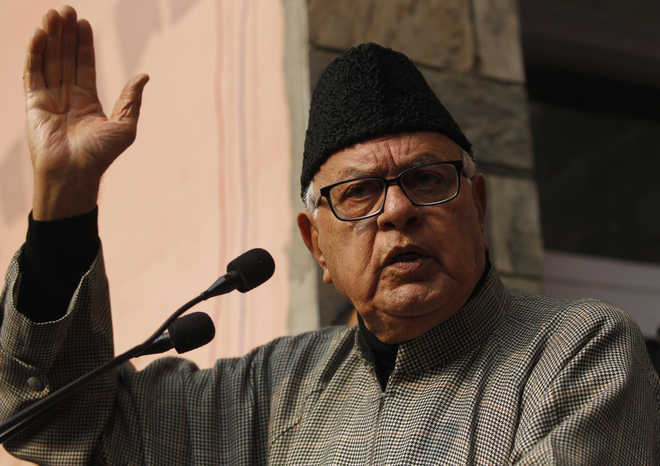 The SC has issued notice to Centre, J&K on plea for producing Farooq Abdullah. File photo

Former Jammu and Kashmir Chief Minister Farooq Abdullah has now been detained under the stringent Public Safety Act (PSA), which enables authorities to detain any individual for two years without trial, sources said on Monday.

The 81-year-old patron of the National Conference has been under house arrest since August 5 when the Centre announced abrogation of the special status given to Jammu and Kashmir under Article 370 and bifurcation of the state into Union Territories.

Abdullah has been detained under the PSA, official sources said. The tougher law was slapped on Abdullah on Sunday.

On Monday, the Supreme Court has asked the Centre and the Jammu and Kashmir administration to respond to a plea seeking that the former Chief Minister be produced before a court.

The petition was filed by Tamil Nadu’s MDMK leader Vaiko, seeking Abdullah’s release so he could attend an event in Chennai.

Vaiko is said to be a close friend of Abdullah for four decades.

Abdullah’s party the National Conference (NC) said later in the day that would challenge the detention in court if needed.

"They have no justification to do that, but if they have booked him (Abdullah) under the PSA, then what can we do. We can only approach the courts. We will take constitutional and legal recourse," senior NC leader Mohammad Akbar Lone told reporters here.

Lone, the MP from north Kashmir, said the government's move is unfortunate and it is a matter of shame that Abdullah has been booked under this act.

"If there was anyone who would talk of India here, it was Abdullah. If anyone has been abused, it is Abdullah and today, this is how India pays him. This is very unfortunate," he said.

Abdullah has been detained under the stringent PSA, which enables authorities to detain any individual for two years without trial, sources said. PTI