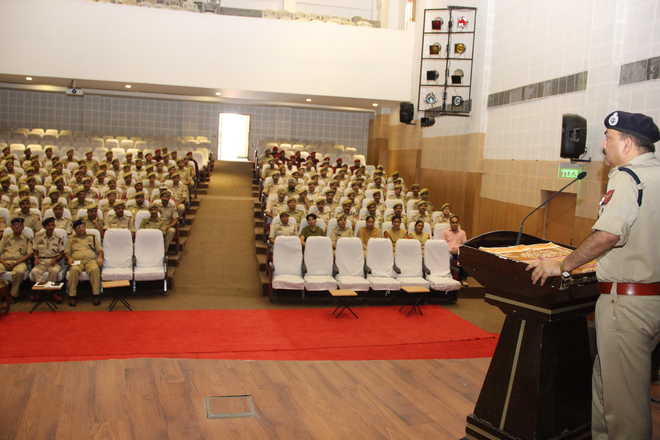 Dr SD Singh Jamwal, Director, SKPA, Udhampur, held a darbar of police officials working at the police academy at Sher-e-Kashmir Police Auditorium here today. Jamwal heard the grievances of the staff working and assured them that their genuine grievances would be addressed on priority. While speaking on the occasion, Jamwal said all police officers and officials working on different assignments at the academy were performing their duties as per scheduled programmes, but there was still scope to work with more zeal, honesty and dedication, so that 600 trainee Sub-Inspectors who were undergoing their basic training course at the police academy were imparted quality police practical training in outdoor and indoor wings to enable them to deliver better services to society in the coming decades. He also said that a provision of better civic amenities, logistic support and adequate accommodation to the trainee officers should be their top most priority.

Jamwal also said the assigned tasks should be accomplished in a mission mode manner as the academy was preparing to upgrade the existing training infrastructure to the level of the national police academy. To fulfill dreams, the role of supervisory staff and their teams became more important and vital, he added. He further said that various innovative programmes relating to training affairs and for welfare measure of the trainee and staff were being initiated viz a viz construction of open gym, upgrading of parks, sports ground and provision of study table in each room of trainees and AC Library were in the pipeline.