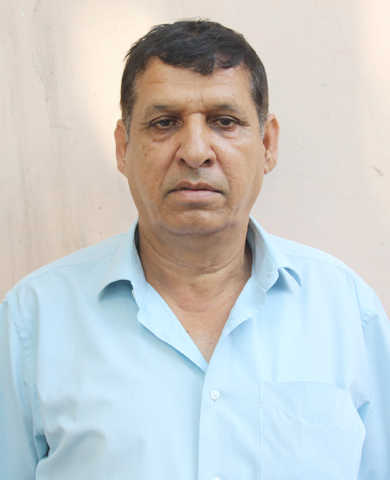 The Crime Branch, Jammu, today presented a chargesheet against the alleged “notorious land grabber” of Jammu, Ravinder Kumar, alias Ravinder Gupta, alias Gola Shah, in the 20th FIR against him.

According to the Crime Branch spokesperson, Gola Shah, a resident of Greater Kailash, Jammu, has been chargesheeted in FIR number 19/2011 under Section 420, 120-B of the RPC.

“During the investigation, documentary evidence and statements helped in establishing offences against Gola Shah and two of his accomplices identified as Joginder Singh of Sunjwan, the then Numberdar of the Sunjwan village and an attorney holder of the piece of land pertaining to which cheating had been done. The third accused was Chet Ram, the owner of the land, who has expired,” the spokesperson said.

The FIR was lodged at the Crime Branch, Jammu, on the complaint of aggrieved Kuldeep Raj Gupta and Rohit Mahajan, both residents of ward number 1, RS Pura, Jammu.

“Gola Shah kept evading the investigation and tried his best to delay it. However, the Investigating Officer was able to prove the allegations of cheating against the accused by collecting all relevant evidence and chargesheeted them in the court today,” the spokesperson said.

He was also booked under the PSA in 2006 for repeated land grabbing incidences. At different times he has been booked for crimes under fraud (420 in common parlance), trespass, Arms Act at different police stations.

“Till now, names of 33 accomplices have surfaced in various investigations who are members of his land grabbing mafia and many more are suspected to be working for him from behind the scenes,” the spokesperson said.