SRINAGAR: Stating that they had suffered immense losses this season, walnut growers have urged the government to introduce a similar scheme for them as was implemented recently for apple traders. 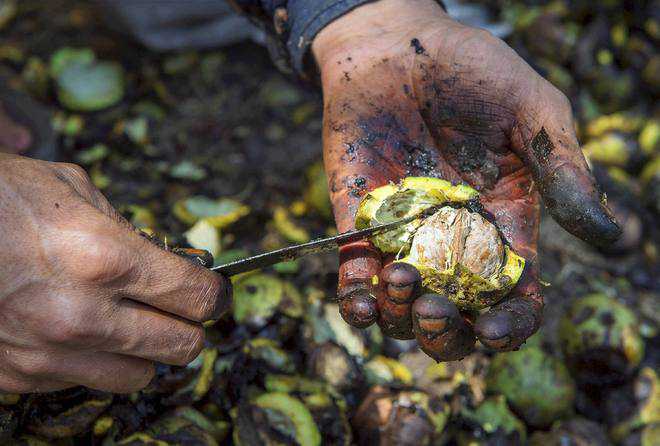 Stating that they had suffered immense losses this season, walnut growers have urged the government to introduce a similar scheme for them as was implemented recently for apple traders.

“This season walnuts have been affected by a disease and the yield has not been satisfactory either. On top of that, we have not been able to sell our remaining produce due to the present situation. The government should introduce a scheme in our favour so that we get compensated. They should introduce a similar scheme as was introduced recently for apple growers and buy walnuts from us directly,” said Abdul Majeed, who was part of a group of walnut growers.

The government recently introduced a scheme to buy apples directly from the growers for exports in an effort to nullify the role of the middlemen. The scheme was also introduced in the backdrop of fruit growers, especially apple traders finding it difficult to sell their produce in view of the prevailing situation following the abrogation of Article 370.

As business activities have remained affected since August 5, fruit mandis too had remained closed and fruit growers by and large were finding it difficult to sell their produce.

The season’s  walnuts have been affected by a disease and the yield has not been satisfactory and the produce has not been sold due to the abrogation of Article 370.