JALANDHAR: He doesn’t know much what is happening around him, but it doesn’t matter to him. The little national-level swimmer is focused and always aims to do better in his next event. Such is his diligence. 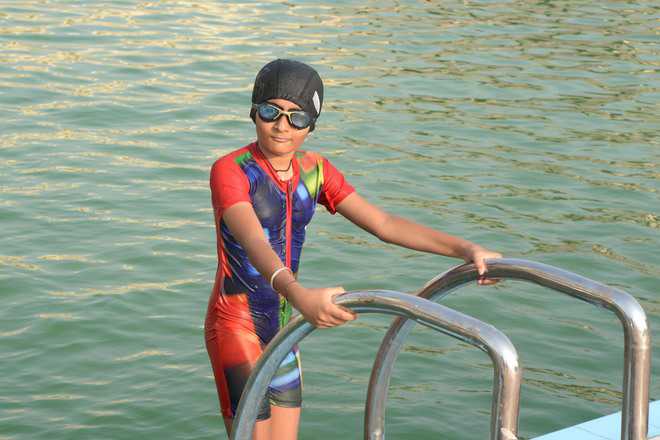 He doesn’t know much what is happening around him, but it doesn’t matter to him. The little national-level swimmer is focused and always aims to do better in his next event. Such is his diligence.

When Bhavik Atwal was born, his parents could have never imagined that after three years, they would be facing their life’s biggest truth. Bhavik had been diagnosed with autism. The revelation turned their lives upside down.

However, the gloom in the family gave way to hope as the autistic child is now a national swimming champion and getting ready for the World Olympics that are going to be held next year. He has won three silver medals in state and national games. Bhavik is probably the only differently abled child from Jalandhar who has made it to national swimming. He was among six to be selected from Punjab for national-level championship and only one from Jalandhar.

Bhavik’s parents used to take him to various hospitals only to find relief in Ahmedabad, where he has been studying, getting treatment and various therapies and doing swimming too. He has been living with his mother in that city.

He has won silver medal in the 20th Punjab state Special Olympics and another one in the national-level Special Olympic Bharat Maharashtra National Championship 2016 in the 25m freestyle event. However, his family is worried due to the huge expenditure on his treatment.

“I am in dire need of money so that my son gets better with time and gets a chance to play for World Olympics. He is practising hard so that he gets qualified,” said the father.

He doesn’t forget to mention Vivek Joshi who is a cerebral palsy-afflicted 35-year-old. “I had no hopes and was broken, but Vivek Joshi helped me financially and emotionally,” he said.

Apart from swimming, he is also into painting and singing. He can also solve puzzles very easily. “I don’t want my child to stop anywhere in his life due to financial constraints. Only I know how much I am paying for his treatment,” he said, adding that he has also an elder son and has to look after his studies too. “I only want my son to grow in life and not be dependant always,” he said.