KARNAL: Workers of the Jannayak Janta Party (JJP) on Thursday protested against the government over various issues. 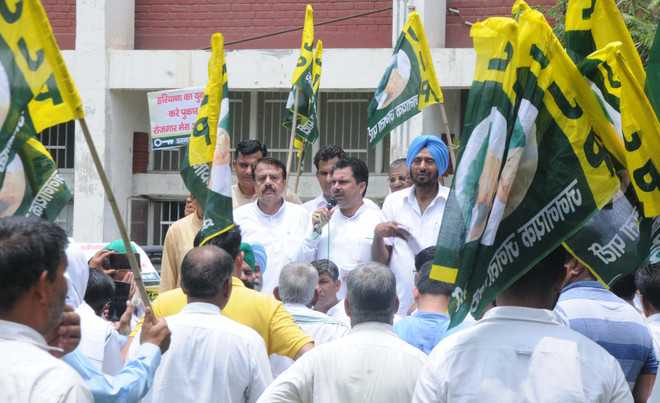 Workers of the Jannayak Janta Party (JJP) on Thursday protested against the government over various issues. They accused the government of discrimination, corruption and promoting casteism. They handed over a memorandum addressed to the Governor to SDM Narender Malik.

Nishan Singh, state president, and Narinder Sangwan, former MLA and district president, led the protest. Singh alleged that crime had increased and all sections of society were afraid. He said there was no check on inflation as rates of diesel and petrol were being increased.