CHANDIGARH: The favourite star-kid of B-town, Taimur Ali Khan has a protective mom. Kareena Kapoor Khan recently revealed that she is a paranoid mother, especially when it comes to her son’s eating habits. 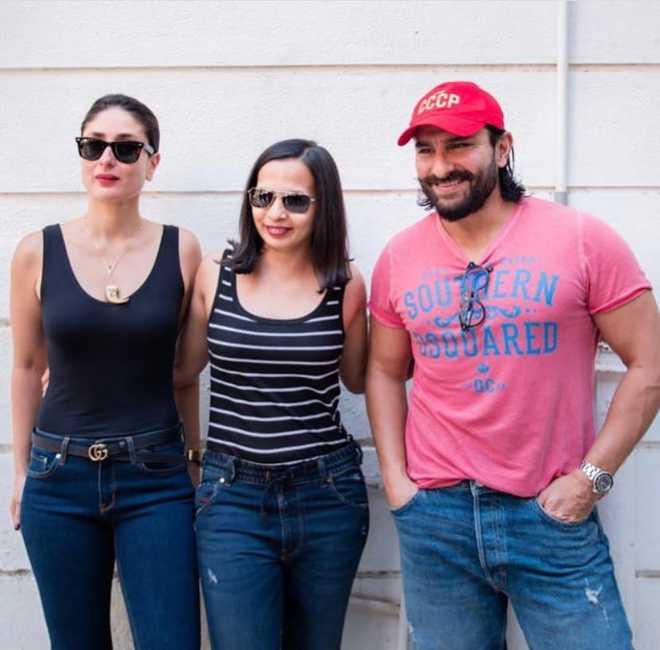 In conversation with dietician Rujuta Diwekar, Kareena and husband Saif Ali Khan spoke about their diet and lifestyle.

The favourite star-kid of B-town, Taimur Ali Khan has a protective mom. Kareena Kapoor Khan recently revealed that she is a paranoid mother, especially when it comes to her son’s eating habits.

In conversation with dietician Rujuta Diwekar, Kareena and husband Saif Ali Khan spoke about their diet and lifestyle.

Kareena revealed how her two-year-old son is not allowed to have food at birthday parties.

On the question of where Taimur has home-cooked food, she said: “Only (home-cooked food). I am hyper paranoid. He goes to birthday parties and he is not allowed to eat outside. But that’s also wrong but ya...”

To which Saif added: “he eats chips though” and Kareena continued how Taimur has “khichdi, idli dosa... healthy kind of home-cooked food”.

She continued: “So I sit on a plan also. Every month I alternate it accordingly. Whatever fruits and vegetables he should be eating in the month... he quite enjoys it. Today, he actually had saag (spinach) for lunch and he normally didn’t like it but I have been shoving it down his throat. So now he’s got used to it. So he actually ate the whole bowl.”

Kareena also shared about getting back in shape after giving birth to Taimur.

"I think that's a lot of hard work and dedication towards food and the gym. People thought I did it very fast but I did it in an entire year by following a consistent plan, which is normal," she said.

On the work front, Kareena will be seen next on the big screen in Raj Mehta's directorial debut ‘Good News’, opposite Akshay Kumar.

The film also stars Kiara Advani and Diljit Dosanjh.  It is set to release on December 27.