DEHRADUN:Krishna Kant Paul was on Thursday sworn in as the sixth Governor of Uttarakhand. In his brief address on the occasion, Paul said he will maintain the highest traditions of his post by guarding democratic values. 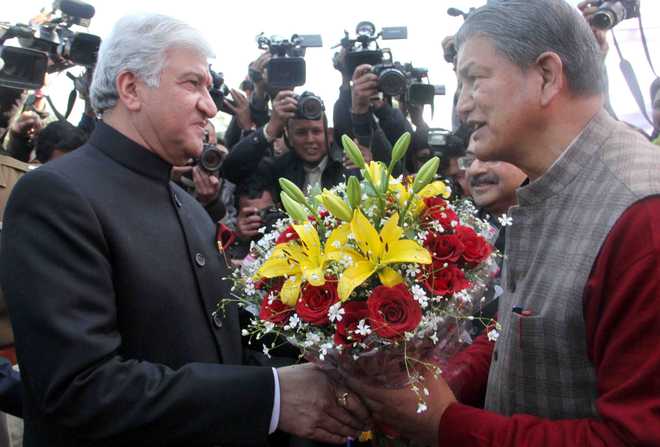 Krishna Kant Paul was on Thursday sworn in as the sixth Governor of Uttarakhand.

In his brief address on the occasion, Paul said he will maintain the highest traditions of his post by guarding democratic values.

"Rising to your expectations is my foremost responsibility which is both inspiring and challenging.

However, I will try my best to fulfil this obligation to the best of my ability," he said. After the ceremony, the Governor was given a guard of honour by 11 Sikh light infantry division of the Indian Army.

Paul takes over from Aziz Qureshi who has been appointed the Governor of Mizoram.

A former IPS officer, Paul won a number of medals during his illustrious career as a policeman and later served as the Governor of Meghalaya, Nagaland, Manipur and Mizoram.