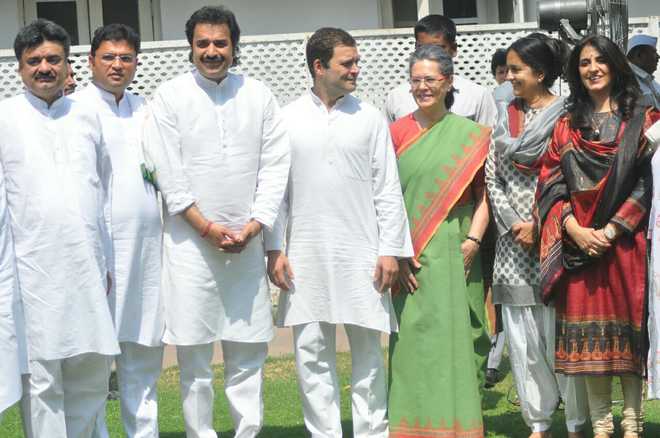 The merger — a closely watched event so far as attendance of senior Congress leadership of Haryana went — was held at Congress president Sonia Gandhi’s residence.

Bhupinder Singh Hooda did not attend the event despite an invitation from Congress general secretary Shakeel Ahmad, the leader in charge of party’s affairs in Haryana, who was also present at the merger.

"We welcomed Kuldeep Bishnoi and his party back into the Congress fold and will work to strengthen the Congress together, " Ahmad said, downplaying Hooda's absence.

Haryana's political circles are however abuzz with speculation over how the strong Hooda camp will react to the Congress party's move of raising Bishnoi as a parallel non-Jat force in the state.  A senior leader said “only time will tell”, considering senior state leaders knew nothing of a merger that Congress vice-president Rahul Gandhi handled himself.