Disco king of Bollywood, Bappi Lahiri, has completed 50 glorious years in the industry. 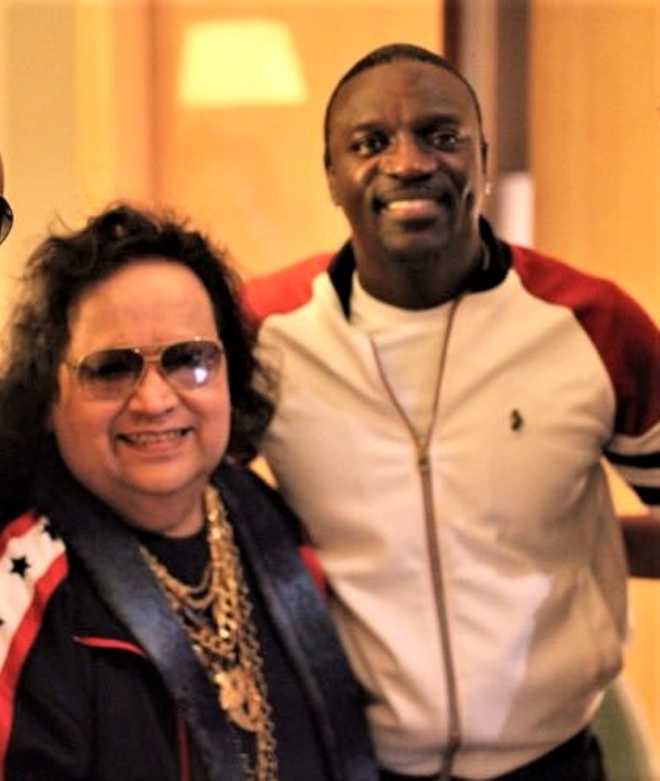 Disco king of Bollywood, Bappi Lahiri, has completed 50 glorious years in the industry. The 66-year-old music director, who has composed more than 9,000 songs in over 600 films, has now collaborated with global pop stars Akon and Lady Gaga. Lahiri, confirmed the news from Los Angeles saying, “Yes, two duets, with her (Lady Gaga) singing in English and me in Hindi in my inimitable style. We are now waiting for the release to be green lit, hopefully by the year end. I also collaborated with Akon two months ago. That song should also be out soon.”

Bappi has also collaborated with tech-house genius Jamie Jones and DJ duo The Martinez Brother for a new mash-up. Talking about it, he said, “It features a remix of my super-hit song from Disco Dancer, Jimmy Jimmy Jimmy.”

The composer feels it’s surreal that even after so many years the track is still fresh in everyone’s mind. “Jimmy Jimmy Jimmy’ is a song took a long time to record because I introduced disco beats in Indian antara to come up with an innovative sound. I also experimented with a new singer, Parvati Khan. But see, almost four decades later, people around the world are still playing it as a rare tribute to an Indian composer.”