They did not make a bombastic impression at the box office, neither did any of them hear the sound of the nickel for more than 4-5 days, save for two or three Punjabi films. 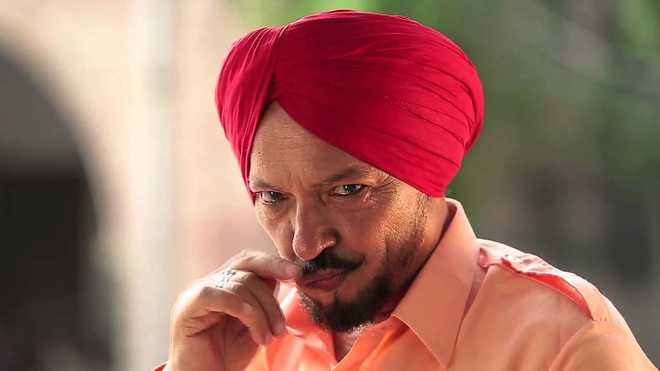 They did not make a bombastic impression at the box office, neither did any of them hear the sound of the nickel for more than 4-5 days, save for two or three Punjabi films. Year 2015, will only go down in the history of Punjabi cinema as a year rich in content. Interestingly, 2016 will also be seen moving ahead on more or less the same lines, with filmmakers realising that the success of any film depends on its story and script! Imagine, how long it took to realise this, and you think making Punjabi films is a bachhain da khed! With a lot hope, the entire Punjabi film fraternity opens to a new start, with of course fresh content!

On a serious note

This year (like the other years), 2016 will bring the two superstars, Gippy Grewal and Diljit Dosanjh forward, both pitching their subjects as a different one. While Gippy Grewal, Karishma Kotak and Monica Gill starrer Kaptaan releases May 6, Diljit is ready with his true Punjabi colours in the upcoming film Ambarsariya, directed by Mandeep Kumar. Now, this is also a film that stars the dancing diva Lauren Gottlieb along with Navneet Kaur Dhillon. Do you smell comedy! Don’t worry, there is more coming with the cult comedy film Carry On Jatta 2 releasing this year. As Gippy says, “If Carry On Jatta was a laugh-a-riot, this one will take you to a different laughter zone from where you wouldn’t want to return.”

Well, this year you might not be seeing too many new directors, crossing the fresh pastures of Mumbai, only to come here to crib, ‘bad professionalism’! Anyway talking of directors, actor-singer, and now producer cum director, Gippy Grewal comes with a film based on drug menace in Punjab, Ardaas. The film releases on March 11. The film stars the best actors of theatre and Punjabi film industry, Gurpreet Ghuggi, Rana Ranbir, Sardar Sohi, Ammy Virk, BN Sharma, Karamjit Anmol and Mandy Takhar. This film is also seen as a much-awaited film by the other directors of the industry, who are waiting to rate Gippy Grewal as a director!

Punjabi films for 2016 will definitely have more content, whether it is comedy (really!) or any other subject like action. This is what Mahie Gill and singer-actor Roshan Prince feel with their film Aatishbaazi Ishq hitting the theatres this year. The film has sports as the subject. “The look of the film is all- together very Bollywood,” Mahie beams. Going ahead with content, Needhi Singh starring Kulraj Randhawa is a film that we started hearing from last year; finally, we get to see the dimpled-beauty on screen in 2016! Vaisakhi List starring Jimmy Shergill, directed by Smeep Kang is yet another promising subject to watch out for. Similarly, for Saadey CM Saab starring Harbhajan Mann, the poster of the film got a lot of noticeability in 2015, when it was released!

We love you Amrinder

The Angrej boy, Amrinder Gill has left a lasting impression in 2015, this year he plans to create the same with his film Love Punjab that releases March 25 (tentatively).

2016 will also see the return of sardaarji, as director Rohit Jugraj creates an all-new Sardaarji in Diljit Dosanjh with The Return of Sardaarji.

Ban, you might get to hear the word again in 2016, with films like Saka- The Martyrs Of Nankana Sahib and Khalsa Warriors seeing the light of the day.

Binnu Dhillon and Neeru Bajwa in Channo Kamli Yaar Di is a film that everyone wants to see in 2016. The film releases in Feburary. This is a strong women centric film that might win accolades. Rest, as they say time tells. We can only hope that Punjabi films of 2016 manage to make an impression on the audience and on the box office as well. Rest, we said it…time tells!