The film fraternity has interacted with Prime Minister Narendra Modi on many occasions. 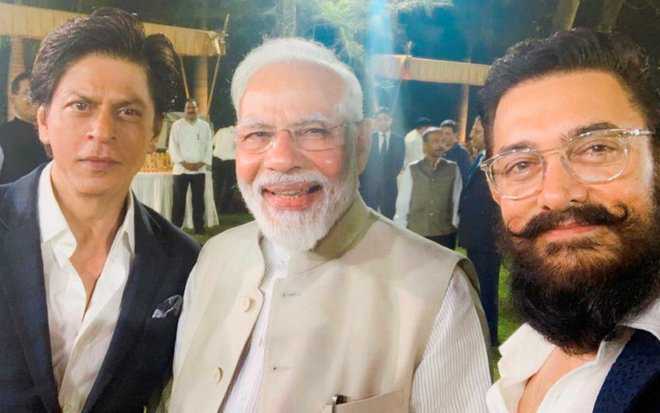 The film fraternity has interacted with Prime Minister Narendra Modi on many occasions. Recently, big names from Bollywood met the PM to discuss how members of the industry can help celebrate and mark Mahatma Gandhi’s 150th birth anniversary. Those who were present included Shah Rukh Khan, Aamir Khan, Kangana Ranaut, Ekta Kapoor and Imtiaz Ali among others.

At the event, PM Modi said, “The power of creativity is immense and it is essential to harness this spirit of creativity for our nation. Several people from the world of films and television have been doing great work when it comes to popularising the ideals of Mahatma Gandhi.”

SRK shared a picture and captioned it as, “Thank you @narendramodi for hosting us and having such an open discussion on #ChangeWithin & the role artistes can play in spreading awareness of the messages of the Mahatma.”