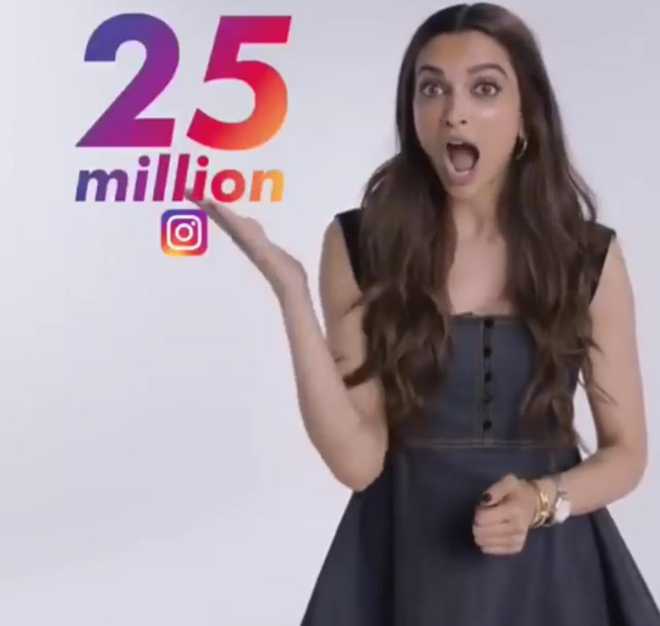 Bollywood star Deepika Padukone took to Instagram to announce breaking into the 25 million follower list by putting out a boomerang video setting Instagram virtually on fire.

Her entry to the 25 million club came just a day after another Bollywood actress Priyanka Chopra entered the same league choosing the same style to make the announcement. The stars thanked the followers on Instagram soon after breaking into the `big’ league.

With Instagram and Twitter current rage with the Bollywood stars, several actors and actresses are constantly updating stories and tweets for their fans. Following closely behind the two is another actress Alia Bhatt who has 21.9 Million followers on Instagram. Cricket sensation Virat Kholi has clocked a 21.4 million followers so far.

And its not just the Bollywood stars who are on Instagram even Prime Minister Narendra Modi with 13.5 million followers is active on the social media platform.