Giving the dead, their dignity

Though Mohali-based Prabhloch Singh has decided to launch an initiative, where his NGO Human Rights Protection Group & MFP Federation will be providing a respectable burial/cremation to deceased bodies of family members who cannot afford it, he has qualms in admitting that the word, ‘bodies’ sounds harsh. 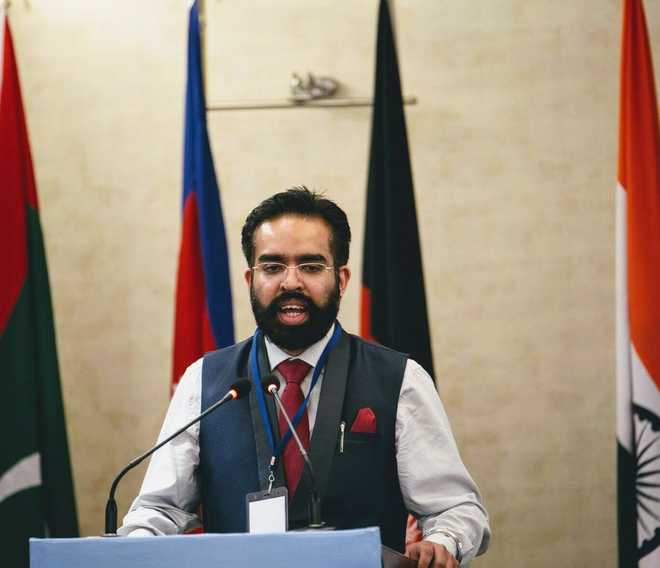 Though Mohali-based Prabhloch Singh has decided to launch an initiative, where his NGO Human Rights Protection Group & MFP Federation will be providing a respectable burial/cremation to deceased bodies of family members who cannot afford it, he has qualms in admitting that the word, ‘bodies’ sounds harsh. “The word doesn’t sound good; because it invites statistics along with it. Like five years down the line, people will ask me how many bodies my NGO cremated or buried, which is not how I want to hear it.”

A successful DJ at the age of 15, Prabhloch switched gears, taking up human rights and fighting for them when Manu Sharma was acquitted in Jessica Lal case. He formed a pressure group (The Middle Finger group) that has been active in various protests including the Jyoti Murder case, 2012 Delhi gang rape, Aarushi Murder case. Now, after 11 years into humanitarian work, Prabhloch has decided to give club community welfare with activism. And the first initiative is that he will make sure that every deceased person gets respectful last rites, which starts from Chandigarh and will be taken PAN India. The initiative hashtagged #LeaveNoOneBehind and #RespectLastRite. “Do you have any idea what the burial cost is? It is actually less than Rs 500, but it is the religious ceremonies where families end up spending more than Rs 10,000. Many families cannot afford Rs 500 also. So, through our NGO we will arrange ‘respectable transportation of the body to the burial ground, arrange for the cremation/burial and serve clean water to the members present at the cremation.”

Prabhloch will single-handedly be funding this initiative along with some money from his own NGO, but he does expect corporates and MPs to help him in this cause. He has also written to PM Narendra Modi, “I am still waiting for the reply,” he is quick to add.

“Today, taking out a candle light march has become an easy way to voice concern. However, I feel, it is important to first study the case, see what the agencies are doing about it and then come to streets if justice is denied,” shares the man who says sometime back he decided to give up on humanity and humanitarian task, “But each time I see some wrong being done, I cannot help myself from voicing my concern about it.”