If people think I don’t deserve National Award, they should take it away: Akshay Kumar

MUMBAI: Responding to all the criticism surrounding his winning a National Award for his performance in ‘Rustom'', Akshay Kumar recently said that after working for 25 years in Bollywood if people still think he doesn''t deserve the honour, they can take it away. 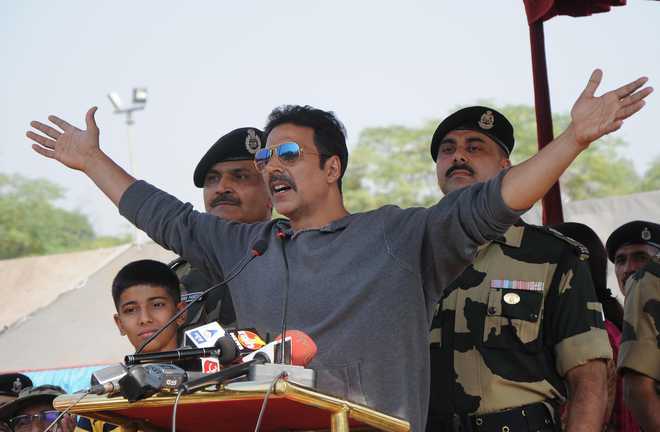 Responding to the criticism surrounding his winning a National Award for his performance in a film, ‘Rustom', Akshay Kumar said that after working for 25 years in Bollywood if people still think he doesn't deserve the honour, they can take it away.

The ‘Jolly LLB 2' star, who was present at an event by Movie Stunt Artistes Association for the insurance of all the stunt artistes who work in Hindi films, said: “I have noticed it in the past 25 years that whenever someone wins, there's bound to be a discussion on it. So it's not something new. Someone or the other creates a controversy that this person should not have got it.”

“I have received a National Award after 26 years, take it back if you want to,” he said.

For the unversed, Khiladi Kumar was named the Best Actor for his performance in the crime thriller ‘Rustom'. —ANI