MUMBAI: It will be Kangana Ranaut versus Hrithik Roshan once again but this time at the ticket window as the release of ‘Mental Hai Kya’ has been postponed to July 26 by the makers of the film. 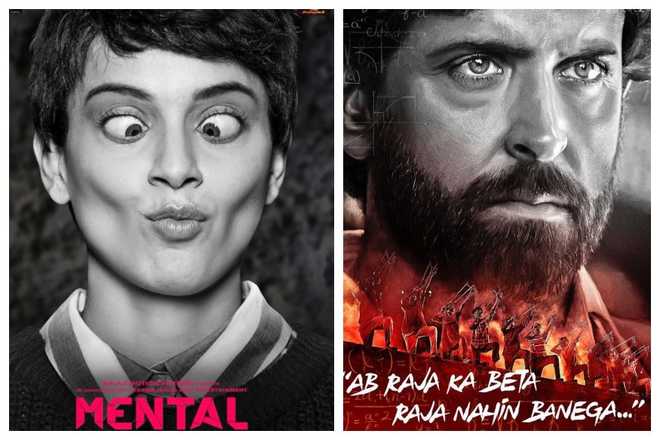 It will be Kangana Ranaut versus Hrithik Roshan once again but this time at the ticket window as the release of ‘Mental Hai Kya’ has been postponed to July 26 by the makers of the film.

In January, Hrithik announced that his film ‘Super 30’ will release on July 26. The decision was taken after director Vikas Bahl was accused of sexual assault by a woman who worked under the now dissolved Phantom Films.

Ekta Kapoor's Balaji Motion Pictures, producer of ‘Mental Hai Kya’, said that the clash is not deliberate and they have decided to push the release date from June 21 to July 26 "after the recommendations from distributors, trade analysts and their research team".

"We have been advised to shift the release of our movie to July 26, purely for the business prospects. On knowing, that there is already a movie scheduled for a release on that date, we did it all in our purview to ensure that there will be no mudslinging and it will be dignified release. We stand by assuring that to all other parties," the statement from the production banner read.

"My decision my film... So all brickbats directed to me please. I'm my own person," she wrote.

My decision my film.....so all brickbats directed to me pls! I’m my own person !!! https://t.co/xRLtAzzzXN

After ‘Queen’, this is Kangana and Rajkummar's second film together.

Prior to this film, Kangana's ‘Manikarnika: The Queen of Jhansi’ was supposed to have a box office war with ‘Super 30’ on January 25.

Reports of ‘Super 30’ team postponing the release to August 9 are doing the rounds, but no formal announcement has been made yet. — PTI