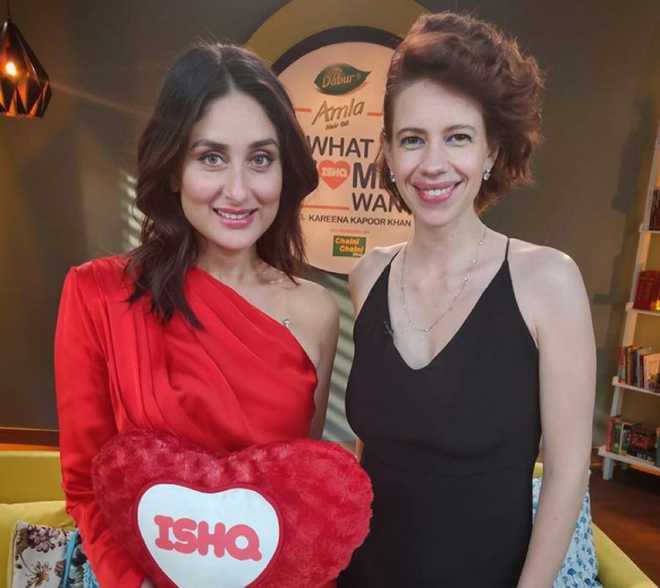 Kareena Kapoor Khan latest guest on her radio show “What Women Want” is actress Kalki Koechlin. The two divas were spotted recording the episode on Tuesday.

Kareena was pleasantly surprised to see Kalki with her tiny baby bump. Kalki is in her sixth month of pregnancy.

The actresses greeted each other. Kareena pointed out the baby bump saying: “That’s so tiny”.  On this, Kareena remembered her pregnancy. She recalled when she was in her sixth month, while expecting Taimur Ali Khan, she said: “I looked like a cow”.

Donning a silk red gown, Kareena left her hair untied, while Kalki was seen wearing a black dress with a thigh-high slit and a short hairdo.

One fan said: “We all need a friend like Kareena while being pregnant”, another said: “What makes Kareena the Kareena is natural effervescence and chilled attitude. She is poo in real life too.”

Praising Kalki, a fan commented, “Lol when did this happen I saw her few days ago no belly in sight. she looks soo beautiful.”