Out to loot applause 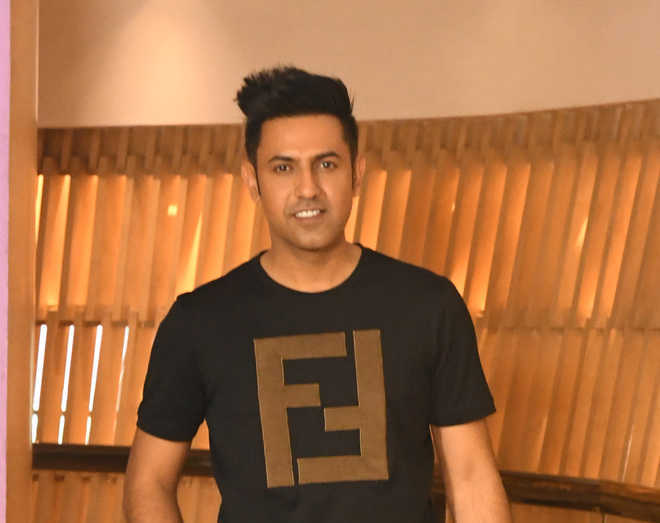 For the second time, Punjabi superstar Gippy Grewal and Bollywood beauty Zareen Khan come together for a Punjabi movie, titled Daaka. Earlier, their chemistry was much-admired in Jatt James Bond (2014). In Chandigarh, for the promotion of the film on Friday, the two share notes.

So, what took them so long to show up again? “In Jatt James Bond, we were connected through another producer and we were merely the artistes who did their shots. Our relationship as co-stars was quite formal and there wasn’t much communication. But now when Daaka took shape, I couldn’t think of anyone but Zareen,” explains Gippy. He says Zareen can easily pass for a Punjabi girl, thanks to her pretty face and built.

As for Zareen, it’s better late than never. After her first outing in Pollywood, she did sign another film, which did not see the light of day because the director fell ill. “After that nothing interesting was offered, but as soon as I was told about Daaka and Gippy being the lead, I took no time to say yes. My experience with him has been a great one and we all know how talented an actor he is,” she smiles.

Maenwhile, Zareen has no apprehensions about taking up work in any language. For her, being an actor means doing varied characters. “I have done Tamil, Telugu films and am very happy doing Punjabi cinema. I take up work based on the character I have to play; language no bar. There are two Hindi films which are soon to be released and another two Punjabi projects are in the pipeline.”

Zareen is happy about essaying her character Lalli, “It’s somewhat like Kareena in Jab We Met, a role I really wanted to do.”

If you have seen the trailer of the film, you know it is a tale of a boy who wants to loot a bank to impress his lady love and her father. Things don’t work out as planned and he is taken captive. There, he befriends a greater crook, and what happens next is for all of us to see in the film.

“Daaka is a thriller, but the overall format is humour. You’ll be surprised about the plot when you’ll watch the movie. Sixty per cent of people come to watch a movie for the artiste, but forty per cent make a choice based on the content. It is a big thing to win the trust of your viewers.”

A Baljit Singh Deo-direction, Daaka is the first Punjabi production collaboration of Bhushan Kumar and Gippy, who has also worked as a writer in the film. It is set to hit the big screen on November 1.