MUMBAI: Disney has roped in real-life sisters Priyanka Chorpa Jonas and Parineeti Chopra to voice for Elsa and Anna in the Hindi-dubbed version of its much-awaited film ‘Frozen 2’. 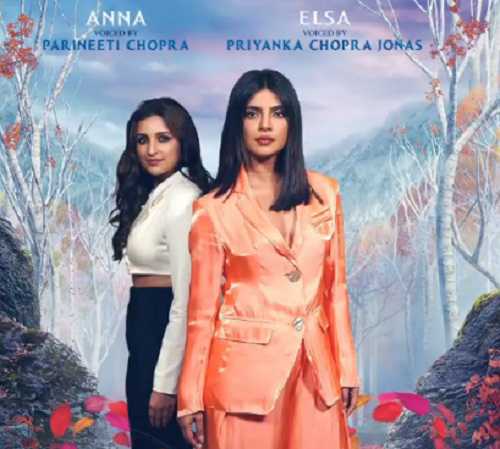 The film is directed by Chris Buck and Jennifer Lee.

Disney has roped in real-life sisters Priyanka Chorpa Jonas and Parineeti Chopra to voice for Elsa and Anna in the Hindi-dubbed version of its much-awaited film ‘Frozen 2’.

Priyanka said she deeply connects with the "strongly-opinionated" Elsa and voicing for ‘Frozen 2’ is a wonderful opportunity.

"Elsa is a fictional character who's known to be strongly-opinionated and level headed, traits that I deeply connect with. This not only made me want to be part of the film, but also gives me a wonderful opportunity to present one of the most-successful animated films to our local audiences.

"My happiness just goes up a notch knowing that Parineeti will be voicing Anna's character. The two of us have never worked together before and this seems like a perfect movie to come together and an experience that I am going to cherish forever," the actor said in a statement.

Parineeti said ‘Frozen’ is her favourite animation film and voicing for it with Priyanka is like a cherry on the cake.

"You don't need to be an actress to dream of being a Disney princess. I absolutely loved the first film, it's my favourite animation film but never thought that I'd get to voice Anna. But of course the real cherry on the cake is that I've been cast in a film about sisters with my real life sister.

"While dubbing we would keep laughing about the fact that we are actually like our characters in real life! Mimi didi is totally like Elsa and I'm totally like Anna!  This is why this movie will always be special. I can't wait for the audience response," she said.

The film is directed by Chris Buck and Jennifer Lee.

Bikram Duggal, Head—Studio Entertainment, Disney India, said the studio decided to rope in Priyanka and Parineeti for the Hindi version because it wanted to bring the real-life sibling chemistry on screen.

"With Elsa and Anna, both sisters, boasting their own fan following amongst young girls world over, having Priyanka and Parineeti to voice these two felt no less than perfect. From being just a character, Elsa has grown to be no less than a superhero that girls around the world now connect with. She, along with Anna, continue to empower girls owing to their powerful personalities.

"The bond between the two is so strong that we wanted to bring in a real sibling duo for these two roles. The chemistry that we are looking for is something that Priyanka and Parineeti bring with them and is sure to elevate the film-watching experience," Duggal said.