Ranbir advised that hardwork will eventually pay-off: Alia on dealing with ''Kalank'' failure

MUMBAI:Alia Bhatt said when "Kalank" tanked at the box office, she was heartbroken that her hardwork didn't pay-off immediately, but an advice from actor-boyfriend Ranbir Kapoor helped change her perspective. 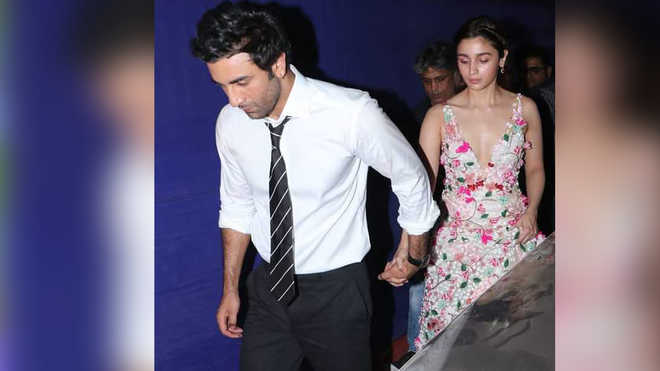 Alia Bhatt said when "Kalank" tanked at the box office, she was heartbroken that her hardwork didn't pay-off immediately, but an advice from actor-boyfriend Ranbir Kapoor helped change her perspective.

Alia was in conversation with filmmaker Karan Johar at the Jio MAMI Movie Mela with Star, 2019, where the the director asked the actor on how she dealt with the failure of the film.

"Strangely, I was really ok the day it happened. I had seen the film a day before and I knew in my head what was going to happen. Though I didn't think it will be going to be hit by a truck. Later on when I thought about it, what really broke my heart was that I always in my head had this idea that if you work really hard, it'll always pay-off. But it didn't. That felt scary."

The actor said she was talking to Ranbir who gave her an advise which "made a lot of sense" to her.

"He said, you put in the hardwork, it doesn't have to pay-off immediately. It'll pay off in your life, someday. That's what it means to be a hardworking actor or a person. Someday the goodness will come to you in another film.

"My job is to put in the hardwork. I believed in the film, it didn't pan out the way we wanted to, I felt bad about it for a few days but I had to focus on my next."

Alia will next be seen in "Sadak 2", directed by her father, filmmaker Mahesh Bhatt.

The 26-year-old actor said she often wonders if she has managed to develop the director-actor relationship with Mahesh Bhatt "or is it still that he's my father?"

"I am still confused and I think by the end of the film I will realise what was our director-actor relationship. But he is an absolute delight to work with. Its unbelievable how clear he is. His energy transcends all of us. He could be having high fever but he just doesn't stop. He is so generous with actors.

"He doesn't sit behind the monitor. He's just behind the camera, near the actors. I was doing an emotional scene and I didn't plan to cry but I just started crying. He started crying while I was and I felt him cry and I broke out of the moment for a second and was like 'that's my Dad crying, I cant see him cry' and I started crying even more!" she added.

Alia said the experience of working on the film made her connect with her father more and that's her biggest takeaway from "Sadak 2".

"This is that one film I don't care about the outcome. The joy that I had to be connected with my father, to work with him, he's like a new born baby on set. It's just amazing," she added. PTI