Ready for what’s next

13 Reasons Why star Christian Navarro is looking forward to start a new chapter of his career after wrapping up the popular adult drama. 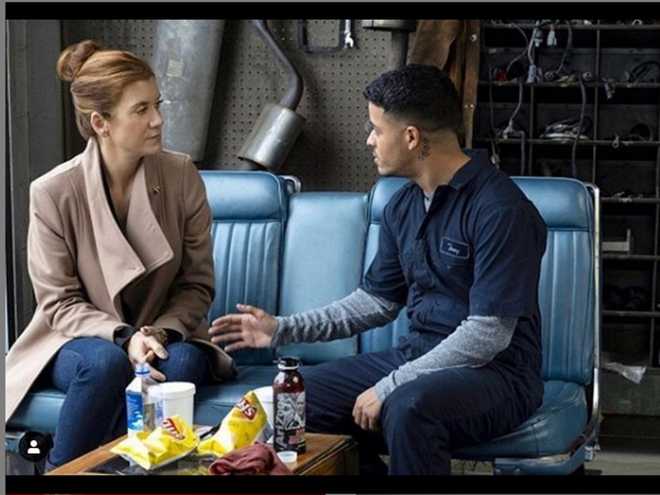 A still from 13 Reasons Why Season 3

13 Reasons Why star Christian Navarro is looking forward to start a new chapter of his career after wrapping up the popular adult drama. He says, “The show has given everyone great tools to carve out a real career and I’m so excited to see where everyone’s career goes after this.”

Adds Navarro, “I’ve seen these actors do incredible things, push boundaries, really look in the mirror and challenge themselves to be better every day... And to show up at work, all dedicated to the same purpose. These three years have been really unique. There’s no ego, we show up and we try and tell the story to the best of our ability. We’ve learned how to be adaptable, we’ve learned how to be professional and learned how to carry a show. We all take lessons away for the rest of our lives.” Navarro essays the role of dependable Tony Padilla in the Netflix show.

For Navarro, saying goodbye to the show won’t be easy. “We are a family now and it would be hard to say goodbye. But it’s not goodbye, it’s a new beginning. I think we’re all really ready for it, and prepared. This show has given us the tools to go out and make a real career out of these roles,” said the actor of Puerto Rican descent.

Taking inspiration from Jay Asher’s 2007 novel, the Netflix show by Brian Yorkey started with the story of a teenager Hannah Baker, who commits suicide leaving behind a box of cassette tapes, blaming people in her school for driving her decision to kill herself. It stars Alisha Boe, Dylan Minnette, Brandon Flynn and Justin Prentice amongst others.

The show premiered in 2017. Since then, the show has evolved by putting spotlight on bigger issues like bullying, rape, sexual assault, drunk driving, dark side of technology, slut shaming and school shooting. Navarro’s Padilla is also battling his inner demons, revolving around his sexuality and his status as an immigrant.

Do you relate to any of the issues that the show addresses? “The thing that comes to mind immediately is the current political state in this country (the US) and what’s going on the borders with the immigrants. My character’s story really leans into that in the third season. It was really hard to film it last year... But I was incredibly proud to portray that,” said the 28-year-old.

The third season went live earlier this year. 13 Reasons Why will wrap up its story with fourth season. After the show ends, Navarro says, “I’m going to take some time to spend with my family, my friends and my girlfriend.”—IANS