Shining on the big screen : The Tribune India

Shining on the big screen

On January 26, Akshay Kumar’s Pad Man is to be released and there are a lot of hopes from the movie. 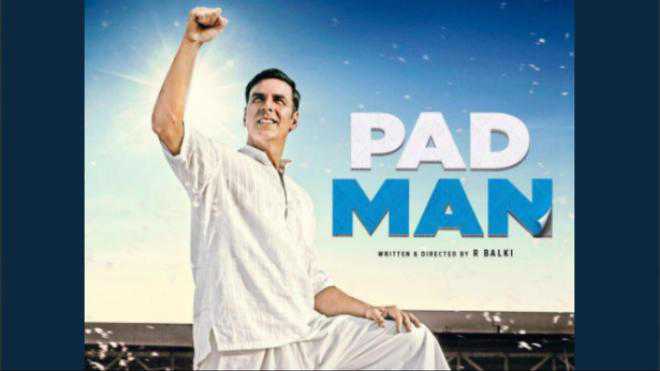 Pad Man: On January 26, Akshay Kumar’s Pad Man is to be released and there are a lot of hopes from the movie. It is the heart-warming saga of Arunachalam Muruganantham, the man who manufactured economical sanitary napkins even at the risk of being belittled. Pad Man has been directed by R. Balki.

Hichki: Rani Mukerji doing the role of a teacher with a neurological disability is just what the doctors prescribed. This official remake of a little-known American film Front Of The Class is the kind of inspirational story we all need in our lives. Release date is February 23.

Sanjay Dutt’s biopic: Ranbir Kapoor playing Sanjay Dutt in a film directed by Raj Kumar Hirani is something to look forward to. Verdict is on March 30.

October: Titled October, but releasing in April, this Shoojit Sircar film is sure a must-watch.

Veere Di Wedding: The sheer joy of watching a gallery of interesting actresses navigated by Kareena Kapoor Khan and Sonam Kapoor is enough reason to give this ‘chic-flick’ a run for its money. Release date is May 18.

Fanne Khan: A famous singer played by Aishwarya Rai Bachchan kidnapped by the father (Anil Kapoor) of a wannabe singer, this one releases on June 15.

Gold: If Akshay Kumar owns Republic Day; he also exercises a quasi-copyright over the Independence Day week. On August 15, comes Gold, a film recreating India’s historic win in hockey at the 1948 Olympics.

Super 30: The arithmetic genius, Anand Kumar, will be brought to life on screen by Hrithik Roshan in this movie that releases on November 23.

Zero: Aanand L. Rai gets together with Shah Rukh Khan for a game-changer titled Zero, which will be released in December 21.

And then, of course, there is Sanjay Leela Bhansali’s Padmavat(i)!