Sona Mohapatra on Anu Malik’s letter: No right to be on TV, go to sex-rehab

MUMBAI: Sona Mohapatra came out strongly against Anu Malik''s open letter defending himself against allegations of sexual molestation, which were first levelled against him by Mohapatra in 2018. 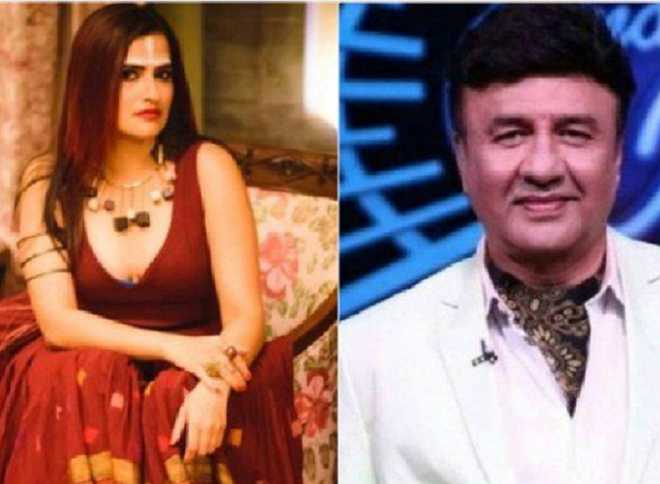 Singer Sona Mohapatra on Friday came out strongly against composer Anu Malik's open letter defending himself against allegations of sexual molestation, which were first levelled against him by Mohapatra in 2018. Thereafter, singers Neha Bhasin and Shweta Pandit had also accused Malik of sexual harassment.

On Thursday evening, Malik in his open letter on social media claimed that he feels "cornered" and "suffocated". The composer shared that he is going through a "dark phase", is "traumatised" and wants justice.

Responding to Malik in a long Instagram post, Mohapatra suggested that the composer should go for sex-rehab. Countering Malik's charge that her allegations were "false and unverified", the singer said the only truth in the matter was that "many more women" of the music industry had come out to level harassment charges against Malik.

Mohapatra wrote: "The only 'truths' that have surfaced after I called you out last year is that many more women have told their stories of sexual harassment, assault experiences with you. @shwetapandit7 told of her trauma of how you scarred her at a young age of 15. Danica D'Souza, Ex Indian Idol Producer told of how you harassed crew & contestants alike. Caralisa Monteiro spoke up too. Neha Bhasin spoke up a fortnight ago about her own story with you & many more who aren't known did too & in detail. Alisha Chinai corroborated the pattern & spoke her truth too. None of these women are connected or have anything to gain by speaking up about the predatory behaviour of one powerful, rich, perverted man."

The singer also highlighted the effect of his sexual misconduct on the mental health of the victims. She wrote: 'Unverified' allegations you say? These are multiple testimonies of independent sane women speaking coherently & they have a common story. What about the 'mental health' of all these people who have gone through this traumatic experience because of you? Did you care about them over these years? What about the mental health of the good India & all the victims & their families when they see you flaunting yourself on TV & Encouraging others like you?"

Last year, after Mohapatra's allegations first cropped up, Malik had to step down as judge of Sony TV's singing reality show "Indian Idol" Season 10. The controversy was reignited this year when the channel invited him back and Malik resumed his position as judge on Season 11 of the show.

Sona claimed that the composer is a "predator" and has no right to enjoy such a position on national television.

She further wrote on Instagram: "You have no right to be platformed on National TV till you make amends. 1.3 billion people exist in India. Not everyone needs to make crores on TV to survive or be 'judge' to young people whose safety they jeopardise. You aren't a role model. You could always take a break, go to a sex-rehab or counselling or somewhere to reflect on how to behave better. Ask your kids to do a hard days job & earn a salary. They are adults now. I started working at 22. Open a biriyani shop. Stay away from the public eye? Show remorse? Say sorry? If you did, this would not have happened. There you go! You answered your own Q. Show off shamelessly on TV & we be quiet?"

In his open letter, Malik had mentioned that "being a father of two daughters, I can't imagine committing the acts that I am accused of, let alone do it".

To which Sona countered: "Having two daughters has no link to being a predator," responded Sona. For those who had earlier accused her of trying to jeopardise "Indian Idol", a show that promotes bidding musical talent, she said: The show must go on. Without you. Don't jeopardise the hard work of so many & the dreams of so many contestants just for you. STEP DOWN." Earlier on Thursday, the composer had claimed in his letter that the allegations against him are "false and unverified". He also alleged that these allegations have affected his and his family's mental health.

In the letter that Malik had shared on Twitter, he wrote: "It has been over a year that I have been accused of something that I haven't done. I have been silent all this while as I was waiting for the truth to surface on its own. But I realise that my silence on the matter has been misconstrued as my weakness." "Ever since the false and unverified allegations were levelled against me, it has not only ruined my reputation, but affected me and my family's mental health, left us traumatised, and tarnished my career. I feel helpless, like I am being cornered and suffocated." The 59-year-old composer, who is a father of two, also questioned why these allegations were not spoken about earlier.

"It's disgraceful that at this age, at this stage in my life I have to watch the most slanderous words and horrifying incidents being associated with my name." "Why wasn't this spoken about before? Why do these allegations resurface only when I am back on television, which is currently my only source of livelihood?" Malik had also threatened that he would take legal action to "safeguard" himself.

"Fighting a battle on social media is an endless process, at the end of which nobody wins. If this keeps on continuing, I will have no option but to knock on the doors of the courts to safeguard myself," he tweeted.

He concluded his open letter saying: "I would like to thank all my well-wishers who have been with me and my family through this dark phase. I don't know how much more slander and dirt my family and I can take.

The show must go on. But behind this happy face, I'm in pain. I'm in a dark space. And justice is all I want." — IANS